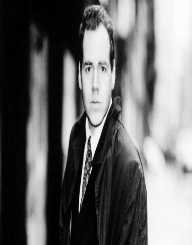 Bret Easton Ellis was born on March 7th, 1964 in Los Angeles. He is a famous American author more so for the novel that he wrote in 1991. This novel was called American Psycho. The success of this novel contributed to its later adoption into a movie. Ellis is also a screenwriter and a writer of general short stories. Before American Psycho, Ellis had released another best seller which was somehow controversial. This was his first novel called Less Than Zero-1985. The novel talked about the life of amoral teenagers growing up in Los Angeles.

Bret Easton Ellis was born on March 7th, 1964. His father, Robert Martin Ellis was a rich property developer. On the other hand, Dale Dennis Ellis, his mother was a homemaker. Owing to his father’s abusive nature, Ellis’s parents separated in 1982. Later on, Ellis uses his father as one of the characters in his bestselling novel American Pyscho. Sources claim that his father was taken as the basis of Patrick Bateman, the bad guy in the novel.

Ellis studied at The Buckley School situated in California. After completing his studies here, he went for his college education at Bennington College located in Vermont. At first, Ellis chose to study music at the college. However, with time he realized that it was not his fate to be a musician. As a result, he changed his course and began working on honing his writing expertise. While studying at the college, he met with future published writers such as Jonathan Lethem and Donna Tartt.

Career And Rise To Stardom

With time, Ellis managed to complete the first work that he had been working on for years at the college. This was the Less Than Zero- 1985 which was published when he was only 21 years old. The success of the novel made Ellis a star while still studying at Bennington College.

Shortly after the release of his first novel, Ellis released American Psycho in 1991. In the beginning, this book release made Ellis an outcast. However, with time the book became a hit, and it went on to be adapted in the 2000 horror film called American Psycho. This work by Ellis was also regarded as his masterpiece to date.

In 1994, Ellis published The Informers. This work entailed several short stories within it. After this, he paired with Nicholas Jarecki who would help him in writing movie scripts for some of the stories within the novel. Around this time, he was also given the opportunity to write a screenplay for the movie The Rules of Attraction. With time, he also got to finish the Lunar Park. This was something that he was motivated to do following the death of his lover called Michael Wade Kaplan.

In 2010, Imperial Bedrooms was released. This novel was based on his first novel that Ellis had released. The novel was written after Ellis made his return to Los Angeles. He had also shown interest in being a screenwriter for the film Fifty Shades of Grey. However, the job was not awarded to him as it went to Patrick Marber, Mark Bomback, and Kelly Marcel. Nevertheless, in 2012, Ellis managed to write for The Canyons. Additionally, he partly helped in raising funds to be used in producing the movie. A year later, the movie was released, and it did not perform well as expected. The lead role in the movie was Lindsay Lohan. She was fortunate enough to land positive reviews from the film.

Rumor has it that Ellis’s gay lover was Michael Wade Kaplan and that he dedicated one of his works Lunar Pack to him. Nonetheless, Ellis does not directly consider himself as either straight or gay.