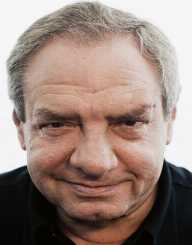 As a teenager, Dick Wolf attended Phillips Andover Academy. As a young adult, Wolf attended the University of Pennsylvania. He later graduated from this college in 1969.

After college, Dick Wolf began working in advertising. He wrote jingles and commercials for several years before writing his first screenplay Skateboard, in 1978. He then wrote another screenplay, Gas, in 1981.

In 1985, Dick Wolf was hired to write for the television series Hill Street Blues. He wrote for this show only until 1986 before he began working on the show Miami Vice as a writer. He stayed with this show for slightly longer than he had with Hill Street Blues, until 1988. In 1989, he also wrote several episodes for the show Gideon Oliver and Christine Cromwell. He also continued to write several movies throughout the 1980’s, including No Man’s Land, Masquerade, and Nasty Boys.

In 1990, Dick Wolf created a show, Nasty Boys, based on his film with the same name. This show ran for one season. It was also in this year that he began writing for the series Law & Order, which would go on until 2010 and have multiple spin-off series. He then went on to write for Mann & Machine in 1992 and South Beach in 1993. The next project he wrote for New York Uncover, was at this time, his longest lasting writing gig, from 1994 to 1999. Some of the other shows he wrote for during the 1990’s included Swift Justice, Feds, and Players.

Dick Wolf continues to work on various Law & Order spin-off series throughout the 2010’s, as well as other crime television shows. Some of his most recent works include Chicago Fire, Cold Justice: Sex Crimes, Chicago Justice, Cold Justice, Chicago Med, Law & Order: Special Victims Unit (which began running in 1999 and continues on air as of 2018), and Chicago P.D.

Over the length of his career, Dick Wolf also worked on many of the shows that he wrote for (like the Law & Order shows and other crime shows) as a producer. Some of the other shows that he did not write on including New York Undercover, Dragnet, Law & Order: Trial by Jury, and Inside the FBI: New York.

Dick Wolf earned his star on the Walk of Fame in 2007.

Dick Wolf was inducted into the Online Film & Television Association Hall of Fame in 2012.

Dick Wolf first married Susan Scranton in 1970. However, this marriage did not last long and soon ended in divorce in 1983. He later remarried to Christine Marburg in 1983. This couple had three children together: Elliot, Olivia, and Serena,  This couple divorced in 2003. He had most recently married Noelle Lippman in 2006. This couple has one son together: Rex.