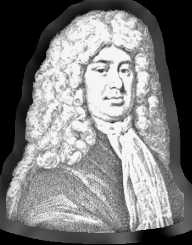 Samuel Pepys was famous for the diary he wrote as a young man, while he served as a Member of Parliament and administrator of the navy of England.

Samuel Pepys was born on 23rd February 1633, in London. His father John and Margaret lived in Salisbury Court, Fleet Street, where he was born and raised temporarily. John was a tailor who had relatives working as Members of Parliament. Samuel Pepys was the fifth child, but the first one to survive infancy among eleven. He was sent to Huntingdonshire in 1642, under the care of uncle Robert Pepys of Brampton. Samuel Pepys was working for the Montagus of Hinchingbrooke and Samuel was sent there to avoid the plague, which killed his brothers. Before Huntingdonshire, he lived with his nurse briefly at Kingsland.

Samuel Pepys started education in 1644, attending the Huntingdon Grammar School. Later he moved back to London, and studied at St Paul's School, since 1646 for four years. While in London, he witnesses the execution of Charles I in 1649.

Samuel Pepys went to Cambridge University in 1650, admitted to Trinity Hall in Cambridge, later to Magdalene College under a grant from the Mercers' Company. He got his Bachelor of Arts in 1654 and continued his studies for a Master of Arts in 1660.

In 1655, Samuel Pepys married fifteen- year old Elisabeth de St Michel, daughter of a Huguenot exile. They were first married in a religious ceremony in October, before having a civil ceremony in December in St Margaret's, Westminster. The couple had no children. Samuel Pepys was known to have dalliances with other women, as his wife caught him with Deborah Willet, one of his many.

Samuel Pepys decided to undergo surgery to remove a bladder stone in March 1658. He later marked the anniversary of his recovery with a celebration every year.

After his bachelor’s degree, Samuel Pepys worked as a Secretary and agent to Sir Edward Montagu in 1655; Sir Edward was one of his father’s cousins, who was later the first Earl of Sandwich. Samuel Pepys briefly worked as a teller in the Exchequer, under George Downing in 1658. Samuel also moved to Axe Yard. In 1660, he graduated from Masters of Arts and joined the Navy, employed as Clerk of the Acts. Samuel Pepys worked as Secretary of the Admiralty from 1672 and 1679, where he was still balancing his work with his commitment to his cousin’s household. He was a member of parliament in 1673, serving Norfolk Castle Rising. Then he was promoted to Master of the Clothworkers Company in 1677.

Samuel Pepys was forced to resign from the Admiralty in 1679 and was imprisoned in the Tower for allegedly selling secrets to the French. The charges were dropped later that year, and he became a Member of Parliament in Harwich. Samuel’s posts as Secretary of the Admiralty was reinstated in 1684, where he helped lay the foundations for professional naval service. He joined Royal Society and was the president from 1684-1686. When King Charles II died and was succeed by Duke of York in 168Samuel Pepys 5, was part of the Coronation team by helping to carry the canopy. He was forced into retirement when King William III ascended in 1689 and was arrested in the next year on suspicions of Jacobite tendencies; he was later released.

Samuel Pepys died on 26 May 1703 in Clapham, London. He was buried two weeks later in St. Olaves, Hart St., London.

Samuel Pepys diary is often thought to be the most famous diary in the history of Britain, as it chronicled many major events of the century. Samuel began writing the diary in 1st of January 1660, written in Tachygraphy, one of the many standard forms of shorthand. His diary noted not only much of his private life but also details regarding the daily British life in the seventeenth century. Samuel Pepys wrote the diary for ten years, ending in 1669, where he feared that he was going blind. Historians are particularly keen about his writings about the Restoration, the Second Anglo-Dutch War in 1665, and the Great Plague. Samuel's’ Diary also included the Great Fire of London in 1666, which he followed in great detail as witness and victim of the event.

Samuel Pepys described most events in vivid detail, hence provided an excellent source of information for historians later on. Samuel Pepys diary was first transcribed and published in 1825, and another part was released in 1875. From 1970 to 1983, Robert Latham and William Matthews managed to transcribe the whole book, and published the complete diary, along with the obscene bits. The book was published by Bell & Hyman, collaborating with University of California Press, Berkeley. Samuel’s diary was serialized in 2003, posted in a weblog by Phil Gyford.

Samuel Pepy’s Diary became an excellent source of inspiration for historians and filmmakers.