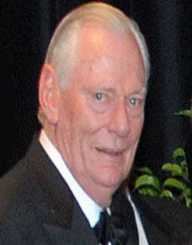 Businessman and founder of Southwest Airlines in the United States, Herb Kelleher was born Herbert David Kelleher on the 12 March 1931 in Camden, New Jersey. At the time of his birth, his father, Harry Kelleher, was the general manager of Campbell’s Soup Company. His mother was Ruth Moore.

After graduating from law school, Herb Kelleher worked at the New Jersey Supreme Court as a law clerk (1956-1959). He was then an associate with Lum, Biunno and Tompkins (1959-1961) before becoming a senior partner at Oppenheimer, Rosenberg, Kelleher & Wheatley (1969-1981).  From 1966 through to 1971 he was legal counsel for Air Southwest Company, then legal counsel for Southwest Airlines Compay (1971-1982). He was appointed CEO and chairman of Southwest Airlines Company in 1982, resigning as CEO in 1998 at the age of 70, and retaining the role of chairman.

Herb Kelleher worked with one of his clients, Rollin King, who ran a small charter service in Texas to establish a low-cost airline. Their idea was to offer essential services and used airports that were under-utilised. The airline began flying in 1971. The first routes were between Dallas, Houston and San Antonio. During 1972, the airline had to sell one of its four planes because of a cash flow problem. By 1973, the company was turning a profit and continued to do so for decades.

After the airline industry was deregulated in 1978, Southwest Airlines started service in New Orleans in 1979. The airline continued to expand flying to California (1982) and Chicago (1985). In 1989, the annual revenue of Southwest passed the billion dollar mark. The airline then began routes to the East Coast (1993), Floria (1996) and Long Island MacArthur Airport. Kelleher stood down as CEO in 2001 but continued as chairman. Kelleher resigned his position as chairman in July 2008.

Herb Kelleher has been presented with numerous awards including the Distinguished Achievement Award, CEO of the Year, Chief Executive (1999), CEO of the Century, Texas Monthly (1999), Wright Brothers Memorial Trophy, Aero Club of Washington (2000) and CEO of the Year Fortune (2001). In 1998, Fortune magazine named Southwest Airlines the Best Place to Work in America.

Herb Kelleher married Joan Negley in 1955, and the couple had four children.