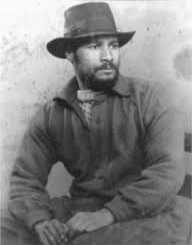 William H. Johnson is an African-American artist whose works have gained critical acclaim in the 1930s to the 1940s. He is known for exhibiting a folk style in his works where some of it is put up on display at the Smithsonian American Art Museum.

Born in Florence, South Carolina as William Henry Johnson on March 18, 1901, he was the eldest child of Alice Smoot and Henry Johnson. His parents both worked as laborers from a poor household.

The young Johnson developed a love for the arts at a young age and honed his skill by copying cartoon drawings from the local newspaper. However, the reality of his dream was crushed when he realized the financial status of his family, and thus he abandoned the idea.

Ultimately, his passion for drawing came back full force so when he reached the age of 17, he moved to the Big Apple, in New York City. In New York, he worked some odd jobs, scraping enough money to enroll himself at one of the art classes held in the National Academy of Design.

While taking art classes, William H. Johnson went under the tutelage of Charles Webster Hawthorne. Hawthorne shared with him the significance of color in paintings and raised almost $1000 so that he can go to study in Paris.

Thanks to Hawthorne’s help, William H. Johnson was able to go to the City of Lights: Paris. He arrived in the city in 1927. November of the same year, he held his first solo exhibition at the Students and Artists Club. It was also in France where he discovered two essential factors in his life: modernism and the love of his life.

While in France, Johnson befriended Christopher Voll. Voll was the wife of Erna Krake, who is the sister of his future wife, Holcha Krake. Krake was a textile artist of Danish lineage. The two were instantly attracted to one another and eventually ended up marrying each other.

After experiencing Paris first hand, William H. Johnson eventually returned to New York in 1929 where he became actively involved in the art industry. He participated at the Harmon Foundation upon the encouragement of fellow artist George Luks. Johnson received the gold medal for winning the event.

However, William H. Johnson got in trouble with the local authorities and almost ended up in jail for painting at one of the former landmarks in New York, the Jacobia Hotel, even though the hotel had turned into a brothel.

J. Howard Marshall returned to Europe a year later and married Krake and tied the knot the same year in 1930. Johnson and his wife lived in various locations in the duration of their marriage.

The couple settled in Denmark then toured various parts of Europe to draw inspiration from; they visited Scandinavia and Tunisia. When the threat of an impending World War II was imminent, Johnson and his wife went back to reside in New York in 1938.

William H. Johnson also took a post at the Harlem Community Art Center, teaching arts while creating his pieces in his spare time. While working there, his style gradually adapted bright and vibrant colors which were reflected on two-dimensional objects that often took the form of everyday life in Harlem. As his art continued to gain attention, his life started to fall apart at the approach of the 1940s.

In 1942, a fire broke out in his studio, that incinerated not only his works but al his supplies and pieces of equipment as well. Two years after, Krake left Johnson after succumbing to breast cancer in 1944. Grief-stricken, he became mentally and physically unstable from the death of his wife but continued producing works.

It was during the last few years of his life where William H. Johnson produced Fighter for Freedom, which gained attention and appreciation from the general public. He moved around a lot even moving to back to his hometown of Florence, then moving on to South Carolina, Harlem, and Denmark in 1946. A year after settling into Denmark, he was admitted to a hospital in Norway due to syphilis which worsened his mental condition.

Already mentally unstable, he was relocated to Central Islip State Hospital, a psychiatric facility in New York where he spent the next 23 years of his life until his death on April 13, 1970.