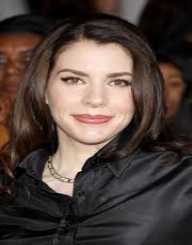 Stephenie Meyer is an accomplished American writer whose Twilight book series got adapted into Hollywood.

Stephenie Meyer's birthday is recorded as of December 24, 1973. She was born Stephenie Morgan in Connecticut. Her parents were Stephen and Candy Morgan. She was the second child in the family of five children. In 1977, her parents moved to Phoenix Arizona where Meyer grew up.

Stephenie Meyer went to Chaparral High School, a public school in Arizona. After graduation in 1992, she enrolled at Brigham Young University. Meyer studied at the university on a scholarship due to good grades.

She graduated from the university in Utah with a Bachelor degree in arts, with a major in English. She briefly worked as a receptionist at a local company before resigning to be a full-time mother of her children.

Stephenie Meyer's writing career started in 2003. Meyer crafted her first book in the litany of the Twilight series. Her book was embraced by Jodi Reamer. At the time Reamer was an agent for publishing house Writer’s house. After polishing the text under the patronage of Reamer, Meyer got her first commercial breakthrough. Though fictional, the vampire romance series became a bestseller overnight.

The first of the Twilight books was published in 2005. This was after over eight houses fought each other for the rights to publish her work. Encouraged by the initial success and the push by her sister, Myer decided to go on writing. The book was followed by another in 2006, The New Moon. Two others followed. Eclipse was published in 2007, and Breaking Dawn which was released in 2008.

Significantly, the Twilight series of books have been translated into over 37 languages all over the world. Since the first publication, the books have been selling fast. It is estimated that over a hundred million copies have been bought off throughout the world.

Stephenie Meyer also wrote other non-Twilight books. In 2008, she wrote and published The Host. Like her Twilight series, Meyer got immediate success with The Host. Following in the earlier paths of Twilight, Meyer is said to be planning for two other subsequent followers to The Host.

In her illustrious writing career, Meyer has published other short stories collected in 2009. The stories which are titled Prom Nights from Hell are based on imaginary mystical divinations. The ideals of her faith have been instrumental in the sequence of her writing. Even her romantic scenes in her books are not erratic. This has endeared her books to both the young and old together.

In 2016, Meyer ventured into another type of writing. This time, it was the detective world. Her book The Chemist explores the life of a fictional agent. With her earlier follow-ups, many are expecting more books coming to compliment the detective series.

The film adaptation of Twilight was produced in four parts. The first part was the film Twilight produced in November 2008. The others followed in 2009, 2011 and 2012. All of them have been created by the same film house.

Her second book the Host was also made into a film in March 2013.

All of Stephenie Meyer's Twilight books were named best sellers in the US. This was courtesy of the New York best sellers index. The film adaptation of the Twilight series was well received by the audience.

Ironically, the adaption of her second book The Host was not as warmly received as her previous book.

Stephenie Meyer got married to her husband at the age of 21. This was in 1994. The couple had met early in their college life and later got married soon after graduation. With Christian Meyer, she has three children. They are Gabe, Seth, and Eli.

Meyer is a devout vegetarian. On her religious inclination, she is a practicing Latter Day Saint Christian.

At the age of 45, Stephenie Meyer is still actively involved in the writing career. With her subsequent books in The Host series still pending, much is always expected from her. Her imaginative mind has proved creative for much of the thrilling of her readers.

She got into the world of writing by accident. For a person who was pushed to writing by her sister, the rise to stardom is quite remarkable.

Stephenie Meyer shuttles between her two homes in Arizona and Washington.