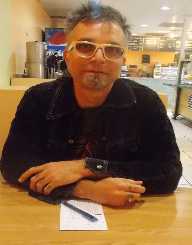 Carlos Castaneda was an American Novelist and author born on December 25th, 1925. He is best remembered for his work in 1968, The Teachings of Don Juan among other series of other books. His books are among the best selling books. Times magazine described him as a ‘Godfather of the New Age.’ He was a graduate of the University of California, Los Angeles-UCLA. He became a naturalized citizen of the United States of America in 1957.

Carlos Castaneda was born on December 25th, 1925. His place of birth was Cajamarca in Peru. In 1952 he relocated to the US. Initially, he wanted to do sculpting. He enrolled for studies at the School of Fine Arts situated in Lima. Meanwhile, he earned a living through odd jobs. He also studied in Los Angeles Community Center. He studied creative writing, philosophy, and literature. Later he furthered his studies in arts at the University of California, Los Angele-UCLA. He studied along with Florinda Donner and Taisha Abelar who studied anthropology. By 1962 he attained his bachelor’s degree. In 1973, he attained his doctorate in anthropology.

Carlos Castaneda had his first working experience at the University of California while he studied. He was an intern under a Yaqui sorcerer named Don Matus who turned out to be of great influence to him. Meanwhile, he became the leader of a party of seers which was also referred to as ‘nagual’. During this time also, he wrote his first work The Teaching of Don Juan: A Yaqui Way of Knowledge. He also wrote A Separate Reality then Journey to Ixtlan.

By 1974 Carlos Castaneda released his 4th book titled Tales of Power. He later wrote 8 other books making a total of 12 books during his career.  Most of his books were received well hence became among the top selling books in the world. He gained much fame from his work and became quite an influence to other writers. He stood tall among other non-fiction authors of his time.

Despite the earlier fame Carlos Castaneda gained from his work, he later came to face criticisms. Time magazine for instance featured a story that labeled him as a liar. It went on to describe how he lied about his past life. This was not received well by critics who then labeled his work as fraud. They even went further by listing his non-fiction work as fiction.

Since then Carlos Castaneda went missing in action just to reappear to the public in the 1990s. By then he was in a movement described as ‘Tensegrity’ which was a group of American indigenous people. He established Cleargreen Incorporated in 1995. This is where seminars and workshops were held to promote Tensegrity. The corporation published 3 videos on the movement before the death of Castaneda.

In Carlos Castaneda's death certificate, it is clearly indicated that he was a bachelor. However, other source has it that while he was in Mexico in 1960 he married Margaret Runyan. They even had a son together who later showed up after his father’s death. His certificate with the name C. J. Castaneda alias Adrian Vashon indicated Castaneda as the father.

Carlos Castaneda took his last breath on April 27th, 1998. He died of hepatocellular cancer. He was 72 years old at the time of his death. His body was cremated before the ashes were transported to Mexico.