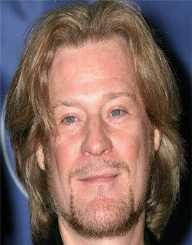 Daryl Hall, considered one of the best soul singers of his generation, was born on October 11, 1946, in Pottstown, a borough in Montgomery County, Pennsylvania, United States of America, located about 40 miles (55 km) northwest of Philadelphia and 20 miles (32 km) southeast of Reading, on the Schuylkill River. An accomplished soul, rock, and R&B singer as well as guitarist, songwriter, keyboardist, and producer, Daryl Hall grew up in an environment of music, his father being a professional singer belonging to a group of choirs and his mother being a teacher of vocal music. Daryl Hall hailed originally from a German ancestry.

Daryl Hall attended the Owen J. Roberts High School and earned his high school graduation in 1965 from the school. His tryst with music started during his high school days when Daryl Hall began recording his songs while still studying in school. His passion for music prompted him to pursue music as the subject of his study in his college at Temple University in Philadelphia. While Daryl Hall became a major in music from the said University, Daryl Hall worked as a session musician with the two pioneers of soul singing, Kenny Gamble and Leon Huff.

In 1967, while fleeing from a middle of a fight that happened during a group dance, he met John Oates, then a freshman at the Temple University, in the elevator. They instantly got along well and started performing together until Oates chose to leave the university. After the departure of Oates, Daryl Hall got himself associated with a rock band called ‘Gulliver’, and performed along with Tim Moore, the other lead singer of the band, abandoning his studies in the process. In 1969, the band came up with its debut album on the Elektra Records label with both Daryl Hall and Moore as the main singers.

Both Daryl Hall and Oates again joined hands shortly afterward performing duets as well as solos jointly and individually. The duo named their coalition as ‘Daryl Hall & Oates’ and signed their first recording contract with Atlantic Records in early 1972. They released their first album ‘Whole Oats’ on behalf of Atlantic Records in 1972. Their second album ‘Abandoned Luncheonette’ was released in 1973. One of the singles of the album ‘She's Gone’ reached the number 1 position on the R&B Charts and ascended to the No. 7 position in the U.S. Top 10 upon its re-release in 1976. They released their third album ‘War Babies’ in 1974 before parting ways with Atlantic Records. The duo was promptly signed by the RCA Records after their relocation to the New York City in 1976. Keeping up the tempo, the duo continued to produce popular songs such as ‘Sara Smile’ and ‘Rich Girl’. The first song was written remembering Hall’s girlfriend Sandy ‘Sara’ Allen which climbed to the No. 4 position on the Billboard Pop Charts whereas ‘Rich Girl’ went all the way to secure the No. 1 position on the same chart.

Daryl Hall as the most successful duo of all time in the music history of pop and rock music, Daryl Hall and Oates together have six multi-platinum albums, ‘Private Eyes’, ‘Rock 'n Soul Part 1’, ‘Bigger Than Both of Us’, ‘Big Bam Boom’, ‘H2O’, ‘Private Eyes’ and ‘Voices’. From these six albums, six singles made it to the No. 1 position on the U.S. Billboard Charts. The singles are, ‘Kiss on My List’, ‘Out of Touch’,  ‘Rich Girl’ ( No. 1 R&B as well),  ‘Maneater’, ‘I Can't Go for That (No Can Do)’ (another No. 1 R&B), and ‘Private Eyes’. The duo recorded and released these collections between the mid-1970s to mid-1980s almost in continuous succession. Their successful collaboration during this period also saw another six U.S. Top 10 Singles including ‘You Make My Dreams’, ‘One on One’, ‘Sara Smile’, ‘Method of Modern Love’, ‘Family Man’ and ‘Say It Isn't So’.

After a brief separation, the duo again came back strongly in 1988 with their platinum album ‘Ooh Yeah!’. The album featured the Top 5 single ‘Everything Your Heart Desires’. With their highly fruitful association, they further went on to produce several more albums. Starting from the early 1980s, Daryl Hall released some solo albums while still in association with his collaborator John Oates. His 1980 solo album ‘Sacred Song’ is a welcome departure from their joint venture. ‘Three Hearts in the Happy Ending Machine’ (1986), ‘Soul Alone’ (1993) and ‘Can't Stop Dreaming’ (1997) are his other solo projects.

Daryl Hall & Oates continued their all-conquering musical journey well into the new millennium. In 2003, they released the album titled ‘Do It for Love’. In 2007, Hall started hosting his own web series ‘Live from Daryl's House’, which featured live musical performances and was at first, videocast from his home in Millerton, New York. Later, the videocast was shifted to his club Daryl's House in Pawling, New York. However, his partnership with Oates remained unaffected and they again produced a Christmas Album in October 2006 titled ‘Home for Christmas’.

Daryl Hall married Bryna Lublin in June 1969 only to be divorced eventually in 1972. Daryl Hall converted to Judaism, the religion of Lublin in a noble gesture to win the heart of his first wife. Daryl Hall never practiced Judaism though he admitted his inclination to the religion more than his original religious belief of Methodism.

Sara Allen, a songwriter and a constant associate of Hall & Oates, had a 30-year-long romantic relationship with Hall. They never married and remained friends even after their breakup in 2001. Sara appeared in a May 2016 episode of ‘Live from Daryl's House’. Hall married Amanda Aspinall on December 22, 2009. Amanda has two children from her previous relationship and has filed for divorce with Hall as on date.

The only biological son of Hall named Darren Hall was born on January 8, 1984, out of his relationship with Andrea Zabloski of Duluth, Minnesota.

Daryl Hall has been diagnosed with Lyme disease in July 2005 causing cancellation of most of Hall & Oates’ summer tour.