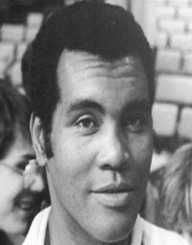 Teofilo Stevenson was a Cuban heavyweight boxing champion and engineer.

Teofilo Stevenson was an energetic and physically large child. He often went to the local gym together with his father. The trainers there encouraged him to try boxing. He started training with John Herrera, the national light heavyweight boxing champion. He soon began fighting boxers more experienced than him. He managed to win a junior title. He caught the attention of Andrei Chervonenko, a former Russian boxer who served as one of the leading coaches in Cuba.

Stevenson’s official boxing career began when he was seventeen years old. He participated in the national championships. He was defeated by Gabriel Garcia, and he won against Nancio Carillo and Juan Perez. He then managed to get a spot in the national team for the Central American Championships in 1970. The next year, he won the bronze medal at the Pan American Games in Colombia. He quickly established himself as the best heavyweight boxer in Cuba. He got another mentor, the coach Alcides Sagarra.

In 1972, Teofilo Stevenson was part of the Cuban team for the Olympics held in Munich, Germany. He easily defeated his opponents from Poland, the United States, Germany, and Romania. He won his first Olympic gold medal. These fights were the most memorable moments of his career.

In 1974, Stevenson won the gold medal at the World Championships in Havana and the Central American and Caribbean Games in Santo Domingo, Dominican Republic. The next year, he won the Pan American Games in Mexico City, Mexico. In 1976, he participated in the 1976 Olympics in Montreal, Canada. He beat his opponents from Senegal, Finland, the United States, and Romania. He won his second Olympic gold medal. He became a national hero in Cuba. American fight promoters offered him five million dollars to fight Muhammad Ali. He declined because he wanted to continue as an amateur, and not go professional.

In 1978, Teofilo Stevenson won the World Championships held in Belgrade, Yugoslavia. The next year, he won the Pan American Games in San Juan, Puerto Rico. In 1980, he participated in the Olympic games in Moscow. He defeated his opponents from Nigeria, Poland, Hungary, and the Soviet Union. He won his third and final Olympic gold medal.

In total, Teofilo Stevenson won 302 fights and lost only 22. In 1972, he won the Val Barker Trophy for Outstanding Boxer. That same year, he became a Merited Master of Sport of the USSR. He was one of the very few non-Russian athletes to receive that title.

Teofilo Stevenson was arrested at Miami International Airport in 1999. He assaulted an employee of United Airlines for insulting the Cuban government. He got out on bail, and he returned to Havana. He did not attend the following court hearings. Trabajadores, the Cuban state newspaper, published that this was a staged provocation against Stevenson and the country of Cuba.

Teofilo Stevenson died of a heart attack on June 11, 2012, in Havana, Cuba. He was survived by his fourth wife, Fraymaris, and his two children.