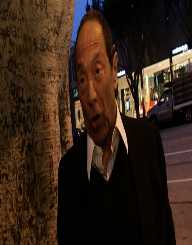 Paul Albert Anka was born in July 30, 1941. He is a singer, actor and songwriter. He began his singing career at the tender age of twelve. By the time he was seventeen years old he was already a pop star. In his career he has recorded more than one hundred and twenty albums. He discovered artists such as David Clayton, Michael Buble and Corey Hart.

Paul Albert Anka was born on July 30, 1941, in Ottawa, Ontario in Canada. He was born to Andrew Emile who was a restaurant owner and Camelia Anka. He was brought up alongside two siblings. He attended Fisher Park High School. In High School, he formed a vocal group known as ‘Bobbysoxers.’ He studied music under Frederick Karam. He sang with the choir at the St. Elias Antiochian Orthodox Church.

In 1955, he recorded his first solo titled ‘I Confess.’ The following year he recorded the single ‘Blau-Wile Deverest Fontaine.’ The single however did not become a hit. In 1957, Paul Anka went to New York where he sang ‘Diana’ which he wrote by himself. He sang the song for Don Costa, and the song made him popular and famous as it topped the Canadian and American Music Charts. In 1958, he released four songs which included ‘My Heart Sings’ and ‘It’s Time to Cry’ which were hits. In 1959, he wrote ‘It Doesn’t Matter Anymore’ for Buddy Holly. He later released singles including ‘Puppy Love,’ ‘Lonely Bo’ and ‘Put Your Head on My Shoulders’ which were all hits.

In 1959, Paul Anka starred in the film ‘Girls Town.’ In 1961, he appeared in the film ‘Look in Any Window.’ The following years he starred in the movie ‘The Longest Day.’ In 1960, his song ‘Dove Sei’ became number one in the Italian music charts. In 1963, he bought the rights and ownership of his catalog from ABC- Paramount. He later moved to adult contemporary music in the late 1960s. In 1964, he appeared as Sammy Glick in the musical ‘What Makes Sammy Run?’ In the 1970s he signed up with Buddah Records. He wrote lyrics for ‘Tonight Show’ which was John Carson’s, Tom Jones’s ‘She is A Lady’ and Frank Sinatra’s ‘My Way’ in 1969.

In 1974, he did a duet ‘(You’re) Having My Baby’ with Odia Coates. Teh duet topped the charts as it was a hit. The other duets they did together include ‘One Man Woman,’ ‘I Believe’ and ‘I Don’t Like to Sleep Alone.’ In 1983, he did a duet ‘Hold Me Till Mornin’ Comes’ with Peter Cetera which was a hit. In 1998, he sang the duet ‘Do I Love You’ with his daughter Anthea. In 1989, he appeared in an episode of ‘The Simpsons.’ In 1990, he became a citizen of the United States of America. In 1996, he released his Spanish album ‘Amigos.’ Two years later Paul Anka released the album ‘A Body of Work.’ In 2005, he released th album ‘Rock Swings’. In 2007, he released yet another album titled ‘Classic Songs: My Way.’ In 2009, the album ‘This Is It’ was released. He co-wrote the album with Michael Jackson. In 2013, he published his autobiography.

Paul Anka has been honored with a star on the Hollywood Walk of Fame. In 2008, he was inducted into the Canadian Songwriter’s Hall of Fame’.

In 1963, he married Anne de Zogheb, but they divorced in 2000. In 2008, he married Anna Anka and later divorced her in 2010. From his two marriages, he has six children, Alexandra, Amanda, Anthea, Alicia, Amelia, and Ethan. Currently, he is seventy five years old.