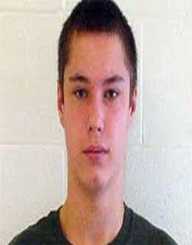 Colton Harris Moore, popularly known as a Barefoot Bandit is American convicted criminal. He captured the public attention when he eluded the authorities for two years. Moore was later charged with theft of cars, boats and an aircraft.

Colton Harris Moore was born in Mount Vernon, Washington on 22nd March 1991. He was raised by his mother in Camano Island. It is believed that his troubled childhood led Moore into crime. His neighbors are reported to have made several calls to the child protection unit to save Moore from child abuse he was going through.

His father was convicted of peddling drugs when Moore was hardly five. His father was to walk away from the family following an argument with her mother. His mother attested that Moore started showing a rebellion at a young age often breaking thing in the house. At school, his teachers claim he would pick fights with students and would not listen to his teachers.

At the age of seven, Moore started living a solitary life and would often spend days in the wild. He would break into people's homes stealing food and household goods.

It is believed that Colton Harris Moore, is responsible for over 100 thefts that had been committed in Canada, Idaho, and Washington. Moore committed most of his crime without shoes leading to his famous nickname The Barefoot Bandit. Many of crime scenes were found to have footprints.

Despite non-formal education on flying an aircraft, his most notable crime was stealing a light aircraft. Moore had learnt how to fly an aircraft from manuals reading How to Fly an Aircraft DVD.

In 2010, Moore was suspected to have walked away with a string of motor vehicles. He would use the stolen cars to commit his crimes before abandoning them. Later that year a bounty of $10,000 was placed by the FBI for any information that would assist in the capture of Moore.

Colton Harris Moore was captured in the wee hours on 11th July 2010 at Harbor Island, Bahamas. Before his capture, he attempted to flee, but the police shot his stolen engine.

He first attempted to take his own life using his pistol, but the police talked him out of it. He later confessed to the police that he intended to flee the United States.

The $10,000 was split among Patrick Young, Kenny Strachan, Jordan Sackett, and Ronald Billot, who were directly responsible for Moore's arrest.

Colton Harris Moore pleaded guilty of illegally landing a plane and was put on three months jail and ordered to pay a fine of $300 which was paid by her mother.

On November 2010 he pleaded not guilty on charges of stealing a plane, boat and a gun. After several months of a court battle between Moore and the persecutors the jury found Moore guilty for the said crimes and was sentenced to a six years imprisonment.

Despite a plea by a Washington court to have Moore sentenced for ten years, Judge Richard Jones sentenced him for six and half years blaming his poor upbringing as the cause of his problems.