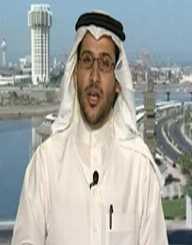 Waleed Sami Abulkhair was born in Jeddah, Saudi Arabia. Abulkhair comes from a family of judges and Imams of the Holy Mosque. One of them was Abdullah Ahmed Murdad Abu Alkhair, who wrote the famous book Spreading Light and Flowers in the Biographies of the Great Men of Makkah from 10th to 11th centuries. Waleed’s mother came from a well-known Hejazi family and had a big impact on his character and personality. He got married to Samar Badawi, and in 2015 she gave birth to their daughter Joud. The two later decided to divorce.

Abulkhair has two bachelor’s degrees- in Arabic Language and Law. He attended the King Abdulaziz University and later got a master’s degree in Islamic law from Al Yarmouk University. He had to pay for his own master’s education since the government stopped funding him due to his activism. After finishing his master’s, Abulkhair had memorized the Holy Quran and was approved by the Teaching Board of the Holy Mosque in Madinah.

Abulkhair began his professional career in 2007, working for the lawyer EssamBasrawi. He and some other activist launched a statement called “Features of a Constitutional Monarchy”, which demanded the ruling family of Saudi Arabia to change the regime from absolute monarchy to a constitutional monarchy. He began to take on the defense of several defendants in the Jeddah reformers case. He was hired by the British Embassy to defend one of its nationals detained by Saudi authorities.

Abulkhair demanded the release of detainees considered to be political prisoners and organized the first hunger strike campaign in Saudi Arabia for human rights. In 2011, he signed the petition “Towards a State of Rights and Institutions” and “National Declaration for Reform” which called for radical reforms in the political system against the current corrupt regime. Waleed also founded the Monitor for Human Rights in Saudi Arabia- a human rights organization. His website and Facebook page was later blocked, and Abulkhair registered his organization at the Canadian Ministry of Labor. He then appealed to the King to allow recognition of his organization, which led to an investigation by the Interior Ministry.
In 2012, he registered a six-week course Democratic Leaders at Syracuse University in New York. He was banned from traveling by the Bureau of Investigation and Prosecution in Jeddah. For his work, he received the 2013 Olof Palme Prize in Sweden. In 2014, he was arrested in the court of judge Yousef Al Ghamdi, after three other judges refused to look into his case.

When Saudi authorities decided to shut down Bridges Café in Jeddah-a popular gathering point for Saudi youth, Abulkhair started a weekly gathering in his living room. He hosted a dozen of people, from whom most were engaged in Saudi politics. The group discussed politics, religious and human rights issues, as well as cultural and intellectual subjects. The salon was named Smood.

The salon was heavily attacked by media, claiming that it was encouraging atheism and skepticism. On one occasion, the conservatives secretly attended the meeting and recorded it, later tweeting negatively about the discussions. Conservatives were requesting the government to take serious action against these types of gatherings. Abulkhair defended his salon by declaring that he is offering the freedom of speech inside of his home.

During this time, Abulkhair was also the lawyer for Samar Badawi and her brother Raif Badawi. Samar was detained in jail for seven months for accusations of not obeying her father. He took on the case and launched a campaign via various social networking sites, demanding her release. After three weeks, she was released from prison.
In media

Waleed has conducted several international interviews, with Washington Post, BBC, Times magazine, and many others. He has written several articles about topics on human rights and Saudi politics. In local newspapers, he has written more than 300 articles addressing legal and human rights issues. After his imprisonment, Amnesty International published his article “Even from prison; you can still light a candle.”

In 2014, Washington Post published the story about the judgment of Waleed, entitled “Saudi Arabia Continues its Outrageous Repression of Human Rights Activists.” After his imprisonment, a series of his videos, recorded before was released. In the videos, he explains his views on the situation in Saudi Arabia. In one of the videos, he criticizes the court hearing of his case, stating it was not independent and was tied to the executive bodies.

On April 15, 2014, Waleed was arrested and sent to Al-Ha’ir Prison. He was charged with breaking allegiance to the ruler, disrespecting the authorities and creating his organization MHRSA, which contributed to the establishment of another organization, inclining the public opinion. A week after his arrest, his wife declared that he was under torture for political purposes.

Amnesty International immediately demanded his release and Human Rights Watch called for his release and charges to be dropped. Teens and young people wrote messages of solidarity with him. In July the same year, Abulkhair was sentenced to 15 years of imprisonment and a 15-year ban on travel. He was found guilty of “undermining the regime and officials” and “insulting the judiciary.” The judge later requested increasing of the previous judgment, since Abulkhair refused to apologize. The judgment received international criticism from many organizations.

His wife has told the Human Rights Watch that he has been transferred five times since his imprisonment. The authorities refused to inform his family of the locations. At one occasion, he was beaten and dragged out of prison with chains on him, for refusing his transfer to another prison. Currently, he is spending his conviction in Al-Ha’ir prison in Riyadh.