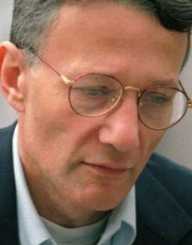 Burt Pugach was born Burton N. Pugach in April 20, 1927 in Bronx, New York. He is an American lawyer based in New York. He spent fourteen years in prison for hiring men to ruin Linda Riss’s face using lye.

In 1959, Burt Pugach entered into a relationship with Linda Eleanor Riss who was born on February 23, 1937. Linda Riss was from the East Bronx. In the course of their relationship, Linda discovered that Pugach had a wife and a daughter. Her discovery led to her breaking up with Pugach. Pugach threatened to kill her if she left him. Linda felt unsafe, and so she reported the threat to the New York Police Department. The police, however, did nothing and Linda was left on her own.

She later got engaged to Larry Schwartz, but Burt Pugach was not happy with the engagement. He hired three assailants who attacked Linda and threw lye on her face. The lye left her blind in one eye and partially blind in the other. Her face was also scarred by the lye. He was arrested and convicted for the crime. He was imprisoned for fourteen years. While in prison he wrote to Linda all the time. In 1974, he was released from jail. Later he resumed his relationship with Linda and married her. In 1976, Berry Stainback wrote a book titled ‘A Very Different Love Story’ about Linda and Pugach. In 1997, he was accused of threatening a lady whom he was having an affair with. Linda appeared as his character witness during his trial.

In 2013, Linda died of heart failure at the age of seventy five. Burt Pugach was so devastated by her death. Their love story was bizarre as they loved each other so much even after what Pugach had done to Linda. In 2007, a documentary film ‘Crazy Love’ was produced by Dan Klores. The film was based on the love story of Pugach and Linda Riss.