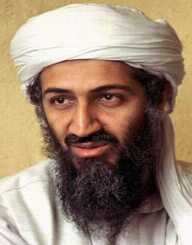 Osama bin Laden was born in Riyadh, Saudi Arabia in 1957. He was one of fifty-two children to his father, and he had a privileged upbringing. His father was a billionaire businessman involved in the construction industry, and he was the only son of his father's wife, Alia Ghanem. Bin Laden’s parents divorced when he was young, and his mother remarried Muhammad al-Attas. She had another four children from her second marriage. His biological father died in a plane crash in 1967.

As a young man, Osama bin Laden joined the Islamist Muslim Brotherhood. He had become interested in politics at a young age. When he was a college student, he became involved with Abdullah Azzam, a pan-Islamist scholar who advocated jihad.

After the Soviet invasion of 1979, the Soviet-Afghan War broke out, lasting over nine years, from December 1979 to February 1989. During this time bin Laden traveled to Peshawar on the Afghanistan border. He joined the resistance but did not fight, instead used his financial position and connections to provide support to the Afghan rebels. Their global recruitment network was called the Maktab al-Khidamat. They also provided international recruits who became known as Afghan Arabs, a group of Islamic jihadists.

Osama bin Laden became critical of the Saudi Government and was concerned about the presence of US troops in the country. The Saudis confiscated his passport and refused any offers of assistance from bin Laden and his group. In 1992, he left Saudi Arabia and settled in Sudan.

By 1993 al Qaeda was forming with the intention of implementing pure Islamic law around the world, using jihadist measures to do so.

The movement came to international attention with a series of attacks that were carried out in the 1990s. In 1993, an attack on an American base in Mogadishu by Somali rebels led to the deaths of American members of the armed forces. Al-Qaeda was suspected of being involved in the 1993 attack on the World Trade Center in New York City, the attack on the U.S. National Guard in Riyadh in 1995 and the 1996 an attack on an American military residence in Dharan. They also bombed U.S. embassies in Africa and attacked tourists in Egypt.

The consequences of the international attacks were that bin Laden’s family disinherited him, cutting off his annual income, the Saudi Government canceled his citizenship and government of Sudan withdrew permission for him to reside in their country. Osama bin Laden then sought refuge in Afghanistan where he went to live in 1996. He lived under the protection of the Taliban, and it was around this time that he started issuing statements calling for a holy war against the United States.

On the 11 September 2001, the devastating attacks on the World Trade Centre in New York City and The Pentagon in Virginia involving the hijacking of four commercial aeroplanes marked Osama bin Laden as the United States’s most wanted man. On the 2 May 2011, Osama bin Laden was killed by United States special forces in Abbottabad Pakistan.

When Osama bin Laden was eighteen years old, he married fourteen-year-old Najwa Ghanem. They had their first child in 1976, a son, Abdullah. He married four more times wives and fathered twenty-six children.