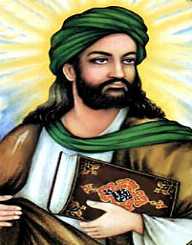 Mohammed also known as Mahomet, Muhammad was the founder of the world’s second largest religion, Islam. The followers of Islam all over the world regard him as the last prophet or the messenger of God. Muhammad was born as Ab? al-Q?sim Mu?ammad ibn ?Abd All?h ibn ?Abd al-Mu??alib ibn H?shim on 570 C.E. in Mecca, Arabia (Present day Saudi Arabia). He lost both his parents by the age of six. His grandfather Abd al-Muttalib took Muhammad under his care initially. Later, Abu Talib, his uncle took care of Muhammad and brought him up.

Under the guidance and protection of Talib, Muhammad adopted the profession of the camel caravan trade. This occupation made him familiar with an affluent widow called Khadija bint Khuwaylid. She gave employment to Muhammad. The charm and personality of Muhammad won her over. Though Khadija was older than Muhammad, she could not resist the inevitable. They eventually tied the nuptial knot together.

Muhammad enjoyed the conjugal life throughout his youth and fathered many children. After that, he became attracted to spirituality. He began visiting a mountain cave named Hira for meditation and prayer. When he was around the age of 40, he claimed that Gabriel (an angel) had visited him in the cave. He also claimed that the angel gave him the message of God. Upon his return from the cave, he confided everything to his wife, Khadija. She persuaded Muhammad to trust himself. On her insistence, he began preaching the message he claimed to have received from the God.

Initially a little skeptical, Muhammad confined his communication among his close family members only. Accordingly, a few close family members and friends were the first to embrace the religion of Islam propagated by him. His wife Khadija was the first convert. Over time, he spread his message among the inhabitants of Mecca. According to him, there is a life after death, and there exists only one God called Allah. He also claimed to have become the Apostle of God.

In due course of time, Muhammad garnered many followers. However, the followers of polytheists in and around Mecca did not like his theory of only a single God. They resented his teachings and became hostile to the followers of Islam. In 615 C.E. Muhammad sent some of his disciples to Abyssinia to avoid prosecution. In 622 C.E. he along with a number of his followers moved to Medina, another town in the present day Saudi Arabia. The Islamic calendar traces back its origin from the event of this migration from Mecca to Medina. The calendar is also known as the Hijri Calendar.

Having settled in Medina, Muhammad began uniting the local tribes. He engaged them in fighting with their counterparts in Mecca intermittently. After eight years, he became successful in raising an army of 10,000 people comprising mainly the Muslim converts. He raided the city of Mecca in December 629 C.E with the help of this army. The people of Mecca were entirely unprepared, and hence, they failed at countering such an assault. He conquered the city with relative ease without any substantial resistance.

Muhammad embarked upon a journey in 632 C.E. This journey is famously known as his Farewell Pilgrimage. He started the journey from the city of Medina accompanied by his disciples. Upon his arrival at the city of Mecca, he performed some Islamic rituals. Muslims all over the world began following the event as an annual pilgrimage ritual famously known as Hajj Pilgrimage.

Having completed his first full Hajj, Muhammad went to Mount Arafat and delivered his last sermon in March 632 C.E. He came back to Medina after that and fell ill. On June 8, 632 C.E., he breathed his last. Muhammad's followers entombed his mortal remains at al-Masjid an-Nabawi (the Mosque of the Prophet). By the time he passed away, the entire population of the Arabian Peninsula had converted to Islam.

Apart from his first wife Khadija, Muhammad had married as many as thirteen women. Incidentally, out of his fourteen wives, only one was a virgin. He fathered two sons (both died in infancy) and four daughters with his first wife. Among these four daughters, only Fatima could outlive her father. He also fathered numerous other children by his several marriages.