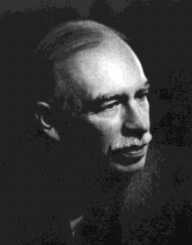 John Maynard Keynes also was known as 1st Baron Keynes was an astute British economist. Born on June 5, 1883, he is considered as one of the influential economists of the 20th century and also the father of modern macroeconomics. John Maynard Keynes is best known for initiating fundamental changes in the theoretical and practical economic policies of governments and microeconomics. Keynes’s ideas created the school of thoughts known as the Keynesian economics and its accompanying offshoots.  Most of the Western economies implemented his policies recommendations during the World War II, and even more capitalist countries accepted his approach.

John M. Keynes became the most famous British economist in the 20th century. Aside from his work as an economist, he was the director of the Bank of England and a member of the Bloomsbury Group of intellectuals.

John Maynard Keynes was born on June 5, 1883, in Cambridge, Cambridgeshire, England to John Neville Keynes and Florence Ada Keynes. His father was an economist and lectured on moral sciences at the University of Cambridge, and his mother was a local reformer. John Maynard Keynes was the first child of three by his parents. He started his education in the kindergarten of the Perse School for Girls in January 1889. Due to his poor health condition, his mother and governess Beatrice Mackintosh later taught him at home.

At age eight, he was admitted to the St Faith preparatory school as a day student. While there, he had an excellent record in mathematics and was ahead of other students in that subject. He gained a scholarship to Eaton College in 1897. With his mathematics proficiency, he gained another scholarship for King’s College, Cambridge to read mathematics. During this time, his aspiration was to become a philosopher.

While there, he joined the Pitt Clubs and the Cambridge Apostles, a debating clubs for brilliant students. John Maynard Keynes graduated with a first class B.A in mathematics in May 1904. Even after his graduation, he was involved in the activities of the university, had the chance to further study philosophy, and for one term attended lectures in economics. This was the only period he studied the subject, which would become his further career. In 1905, Keynes also studied Tripos and sat for the civil service exams in 1906.

John Maynard Keynes was started his professional career in the civil service as a clerk in the India Office in October 1906. Just two years into civil service, he found it boring and therefore resigned his position in 1908. He then returned to Cambridge to work on the probability theory with funding from his father and the economist Arthur Pigou. One year later, he published his maiden article on economics in the Economics Journal, based on the effect of the global economic downturn on India.

John Maynard Keynes also founded the weekly discussion group, Political Economy Club. With funding from Alfred Marshall, Keynes accepted a lectureship in economics in 1909. Within that time, he also offered private tuitions for pupils, which increased his purse. In 1911, he was appointed an editor of The Economic Journal and published his debut book, Indian Currency, and Finance in 1913. With his great talent of applying economic theory to practical problems, Keynes was appointed to the Royal Commission on Indian Currency and Finance.

During the First World War, John Maynard Keynes competency and expertise was needed by his home country. Hence the British Government asked for his return from India. He arrived in London in 1914, when due to the emerging war, bankers were asking for the suspension of species payments and also the convertibility of banknotes into gold. Keynes was, however, able to convince the Chancellor of the Exchequer, Lloyd George that the suggestion was a bad idea which will hurt the city in long term. The government then appointed him to the Treasury in January 1915. He was to design terms of credit between Britain and its allies during the war, and the acquisition of scarce currencies. One of his plausible deal at the time was his ability to assemble a supply of Spanish pesetas.

However, instead of handling it over to the government, he took the risk of selling them to break the market. This innovative idea gained positive result as pesetas became less scarce and expensive. The achievement gained him the honor of Companion of the Order of the Bath during the King’s Birthday Honours in 1917 and 1919 appointed the Officer of the Belgian Order of Leopold. He was also appointed the financial representative for the Treasury at the Versailles peace conference in 1919. The conference was beneficial to Keynes as it added to his expertise, however,

John Maynard Keynes was not in accord with the decision made there. His interest in advocating against Germany’s compensation payments being set high did not materialize as he was excluded from formal high-level talks concerning reparations in 1918. Keynes main concern was that setting compensation high would have an adverse effect on not only Germany’s economy but also the entire world. In disagreement with the outcome of the conference and the implementation of its treaty, Keynes resigned his post from the Treasury.

John Maynard Keynes was offered a job a chairman of the British Bank of Northern Commerce in June 1919 but also turned it down. The same year he published the book The Economic Consequences of the Peace, in which he tended his views on how damaging the signed treaty could become. He also published the book A Treatise on Probability in 1921 and followed it with A Revision of the Treaty in 1922, in which he advocated for a reduction in German reparation.

John Maynard Keynes published The Means of Prosperity in 1933 during the period of the great depression. He elaborated on policy recommendations to help tackle unemployment in a global recession. The book also contained advice for countries hit by the recession and copies were sent to world leaders including President Franklin D. Roosevelt of the United States. Both the United States and British government took the recommendations seriously acted on it making the Keynesian idea accepted. Countries like Sweden and Germany also implemented the Keynesian policies. He was appointed to the Court of Directors of the Bank of England in September 1941.

John Maynard Keynes was given the title Baron Keynes, of Tilton, in the County of Sussex which was gazetted on July 7, 1942, for his service with a hereditary peerage in the King’s Birthday Honours. The reward came with a seat in the House of Lords on the Liberty Party benches. John Maynard Keynes was appointed the leader of the British delegation and chairman of the World Bank commission in the negotiations that gave birth to the Bretton Wood system in the mid-1944. John Maynard Keynes later suggested the creation of a world unit of currency, the bancor, and institutions like a world central bank and the International Clearing Union. He continued to represent Britain in international negotiations until his death.

John Maynard Keynes died of heart attack on April 21, 1946, at in his farmhouse, Tilton in East Sussex. He was cremated and his ashes scattered on the Downs above Tilton contrary to his wish of his ashes being deposited in the crypt at King's.