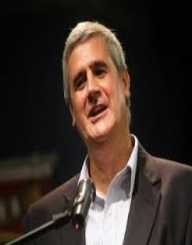 Jeff Ashton was born on the 3 October 1957 in St Petersburg, Florida to Richard and Barbra Ashton.

After graduating from law school, Jeff Ashton worked as a prosecutor in Florida. In 1983, he obtained his first murder conviction. Ashton made history in 1987 by becoming the first to win a case using DNA evidence.

Jeff Ashton was at the height of a successful law career in 2011 when he was a member of the prosecuting team during the Casey Anthony trial. He wrote a book about the case, Imperfect Justice: Prosecuting Casey Anthony (2011). In 2013, he became a Florida state attorney.

After the Casey Anthony trial, Jeff Ashton returned to working in a legal firm on a part-time basis. In the Florida state elections of 2012, he ran for office. After winning the seat of Orange Osceola, he became the state attorney (2013-2017). In August 2018, Ashton won election to the bench in Florida’s 9th Judicial Circuit.

In 2015, when the Ashley Madison cheating website was hacked and millions of users details exposed, Jeff Ashton was one of them. Ashton said that he had committed no crime and would not be resigning his position as Orange-Osceola State Attorney.

Jeff Ashton's first was Amy Brotman whom he married in 1979. They share two sons: Adam and Jon. The couple divorced, and in 1987, he married Joy Meidhof (m.1987-div.1996). He had a son Alex and a daughter Rebecca with Meidhof. His third wife is Rita Brockway.