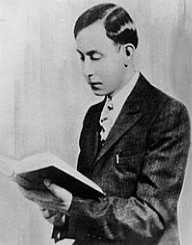 Wallace D. Fard, the founder of the Nation of Islam, was born on February 26, 1877, in Mecca. He claimed to be a member of the Kureish tribe. Prophet Muhammad also belonged to the same tribe. He had studied in England and later attended the University of California. According to unconfirmed sources, he went to jail during his stay in California on charges of smuggling narcotics.

Fard immigrated to the United States and arrived in the city of Detroit sometime before 1930. He began to live in Detroit vending raincoats and silks. During his stay in Detroit, he approached the city’s Black population. Fard asserted that he seeks to secure freedom, equality, and justice for the Black people of America (not the Negroes). He preached his hate theory among the Blacks. He also warned them to be ready for a certain race war. Propagating his idiosyncratic discourses on Islam, he declared that Christianity is the religion of slave owners. He replaced the names of his disciples with Arabic names who inherited those while in slavery.

A self-professed Islamic prophet, he founded the Temple of Islam and the University of Islam as well. He used the university as the breeding ground for preaching his weird theories and converting his followers to Islam. His slogan of ‘redemption through Islam’ theory attracted the people around him. Soon, he garnered a sizeable number of followers. The fresh immigrants from down South with severe economic hardships fell for his rhetoric and quickly became his followers.

Fard founded the Nation of Islam. He made the Temple of Islam as the headquarter of his “Lost-Found Nation of Islam”. In the University of Islam, he conducted an elementary and a high school with extreme fanatical and anarchist ideology. Besides, he formed corps of male guards for defense named 'Fruit of Islam'. In addition to that, he organized a training facility for Muslim girl corps. The children of his followers started attending his radically unconventional teachings in elementary and high school.

According to Fard, Black people came first on the earth and they were superior to their white counterparts. He also chastised the whites as devils. Advocating for racial segregation, he wanted to establish an all Black independent republic within the precincts of the United States. He abolished the last names of the Black Americans originated out of slavery and later replaced these with Arabic names. His call for self-determination among the American Blacks was given more impetus when he offered them moral and cultural superiority over their white persecutors.

In November 1932, Robert Karriem, a fanatical member of the Nation of Islam, sacrificed his life by piercing a knife into his heart. The incident attracted widespread mainstream public attention. Soon Fard converted around eight thousand Black population of the city of Detroit to the Nation of Islam.

In late 1933 or in 1934 Fard mysteriously disappeared from public record. From then onwards, he is untraceable. Following his disappearance, Elijah Muhammad succeeded him as the chief of the Nation of Islam. According to the version of Elijah, he saw Fard off at the Detroit airport when Fard was being deported. However, as Fard never surfaced again, the mystery of his disappearance never saw any light of the day. His disciples found his disappearance as a genuine cause for worshipping him as the incarnation of God. In 1942, the Nation of Islam in an official publication declared Fard as the long-awaited 'Messiah' of the Christians and the 'Mahdi' of the Muslims.