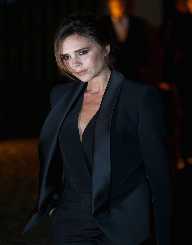 Victoria Beckham is rightly known as the leading player in The Spice Girls British band. Her fame began when she started her musical career. Nevertheless, her determinations also played a significant role in her life. She is now an envied businesswoman and a great fashion icon and one of the prominent Personals in the United Kingdom. In fact, he holds the 52nd list as the wealthiest woman in Britain. She was encouraged by her parents to study, act as well as a model in the process. Currently, Victoria owns her clothing line, sunglass collection, Posh among others. Besides her best of the best designs, Beckham is well known for her positive and subtle nature. Aries woman’s traits will tell you all.

On April 17, 1974, Victoria Beckham was born in Hertfordshire, Harlow, Essex, England to Anthony William Adams and Jacqueline Doreen. Her mother worked as an insurance clerk while her father was an engineer. She spent her childhood days in Goofs Oak in Hertfordshire where her parents sold electronic products for daily basic needs. To inspire Victoria to find her leading dreams, she went to Jason Theatre School. She later went to Laine Theatre Arts Academy where she pursued dancing and modeling. After three subsequent years, Victoria moved to London. In 1993 she managed to commission an ad about the pop-up music group where she was selected as the ‘Spice Girls’ band team.

Chris Herbert led the group, but the team wanted a great striking figure. They managed to release their first single in 1996 and ‘Wannabe.’ By the end of 1997, the girls managed to sell over 20 million copies that they opted to debut their second album. Though it didn’t perform well, they decided to act a short movie but with the similar title ‘Spice world.' In 2000 they launched their third album without success. Victoria opted to do her solo songs. The same year she released ‘Out of Your Mind’ solo album, but other celebrities outperformed her. With such a never-give-up soul she wrote her autobiography called ‘Learning to Fly.' Luckily the auto-managed to hit the best UK market. It had short stories of her life, the band, and her marriage.

Early 2002 Victoria released her next single called ‘A Mind of Its Own.' Unfortunately, the song failed to reach the top ten charts. In 2003 she sacrificed and covered the ‘Roca wear’ clothing line. In 2004 she came with a television series that featured her husband and her real traits. It was the first round for them to set as a couple with Beckham. In the process, Victoria launched her sunglasses and fragrance line ‘Intimately Beckham.' In 2006 Victoria published her second book titled ‘That Extra Half an Inch; Heels, Hair, and Everything in Between.' It moved like a rocketed jet as she continued to focus on her designs.

In 2007, Victoria’s husband got a long-term contract with the Los Angeles Galaxy. This made them move and opted to live in the United States. Victoria took a chance and launched her NBC Special show called ‘Victoria Beckham-Coming to America.' Later on, the ‘Spice Girls’ teamed up again and manage to tour 11 countries. They released their hit album and in between her husband suggested that he should work on her family first. Victoria obliged to his spouse's suggestions, but later on, she came up with her dress collection. The zeal and ‘perfect to perfection’ attitude made her start her brand. She then went and reunited with her long-term band ‘Spice Girls’ which meant the world to her.

In 1999 Victoria married the famous football player, David Beckham after two years of dating. They have four children; Romeo James, Cruz David, Harper Seven and Brooklyn Joseph. Despite several controversies about her husband having “female friends” Beckham decided to stay faithful to his spouse’s side.