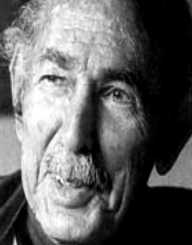 It is always believed that if you want to be an architect, you better learn how to juggle first. I am not talking about jumping all over the place with a house plan and tools. No! I simply mean that an architect must be a true designer, dreamer and dourer. This is what Hassan Fathy did, right from the start. His creativity and rational mind gave him a chance to differentiate between numbers, angles, and lines magically. He was the kind of person who worked smart and was always ready and willing to work extra hard. In that note, he rose to fame, not for flamboyancy but his simple and reasonably priced designs. His architectural work wasn’t meant for money and fame, but his end aim was to bring up a smile to the less fortunate. Read further to know more about his early and later life.

On 23rd, March 1900 Hassan Fathy was first seen in the world in Alexandria, Egypt. He came from a well-to-do family who gave him a chance to explore different talents. Above anything else, Hassan loved to draw as well as painting. It was in 1908 that his family went to live in Cairo, but Hassan continued to draw till maturity. His flair and expertise made him join King Faud University (Cairo University) where he majored in architecture. In 1926 Hassan graduated with an engineering and design degree. Without further ado, he went to work as an engineer in General Administration of Schools.

For over a decade Hassan served as a Professor at the Department of Fine Arts. It was also the same time that he was chosen to construct a local school titled at Talkha in Egypt. In the mid of 1946, Hassan signed a contract with Egypt’s Antiquities Department where he came to build a sustainable architecture in the New Gourna Village, Egypt. With the help of many villagers, Hassan used old bricks and sludge to create a firm foundation for them.

In 1949 Fathy got a seat as the Director of the Educational Building Department. It was there that he introduced the modern style of building. Afterward, he was selected to lead as the Head of the Architecture Department of Fine Arts in 1953.It was during his tenure that he managed to complete countable of projects such as Alexandria Resthouse followed by Muhammad Musa Villa and Harraniya Weaving Village. Lastly, he finished his project with construction of a section of schools in Egypt called Fares School.

In 1959 Hassan went to work under Doxiadis Organization in Greece. Here, he concentrated on Paramount projects in Pakistan and Iraq. Not only did he introduce traditional styles but he taught the Pakistanis how to befriend nature. After three years Fathy returned to Egypt where he opted to focus more on public consultation and speaking. His primary aim was to introduce his traditional ideas that he used when building different institutions.

In 1960s Fathy wrote and published a book titled Architecture for the Poor. The publication illustrated his well-vast ideas and experience he had when he built the village of New Gourna. He emphasized that mud brick tends to stay longer and it’s quite cost-effective than modern steel.

In 1980s Hassan was awarded a Balzan Prize for his tremendous results in the field of architecture. He then followed it up with the Right Livelihood Award. When it comes to his personal life, Fathy married Aziza Hassanein. The couple didn’t have a child or children of their own. In all, Fathy’s aim was to create awareness that there is an easy way to build a house with less effort. To date, he is applauded for introducing an architectural method called mass housing. Unfortunately, an illustrious grandee breathed his last on 30th, November 1989 at 89 years of age.