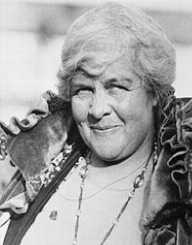 Kate Gleason is included in the list of mothers of the invention with her friend, Lillian Moller. Both served as engineers, but Kate became the first woman to join the American Society of Mechanical Engineers. Even before the branch of technology was considered as the ideal career for both genders, Kate knew what she wanted to become. Inadequate resources for education and information didn’t prevent her from pursuing her engineering course. In fact, she didn’t have a degree of her own, but her brain was close to a ‘power-drive.'

She also took time to venture into other business deals hence encouraging more women to be dependable. In 1918 Kate saw herself as the first woman to lead the First National Bank of East Rochester as President. In spite of her fame and hard work, Gleason also loved to spend time with the oppressed. She loved to join different charitable functions. Let’s see how her life transpired.

On 25th, November 1865 a duo, McDermott Gleason and William gave birth to their first daughter in Rochester, New York. She was none other than Kate Gleason. Her protective father served as a businessman of machine appliances that was named as Gleason Works. At eleven years of age, Kate’s half-brother, Tom succumbed due to typhoid fever. His father was devastated for losing his only son who acted as a back-up for his tool business. It was here that Kate started to lend a helping hand at his father’s workshop. After some time she came to realize that she had a natural ability when it came to engineering.

At only 14 years of age, Kate Gleason started to serve as a book-keeper. His father was amazed by her zeal and potential that her daughter possessed. It was in the mid of 1884 that Kate was enrolled at Cornel University in NY. She was the first woman to major in Engineering in the said varsity. However, she dropped out in the middle with the aim of helping his father to develop his business. It was there that she opted to join the Mechanics Institute of Technology.

In 1890 Kate Gleason was appointed as the Secretary-Treasurer at her father’s workplace. With the help of his father, she came up with a perfect machine that made work a little bit easier. The designed tool reduced square-edged gears in seconds. In 1893 Kate moved to Europe with the aim of coming up with more inventions for her study. In one months’ time, she was lucky to have over three hundred orders from several countries, including Germany and France. It seemed like an adventurous trip, but in the end, it brought tremendous results to their business.

Kate Gleason family business showed fruitful results, all thanks to her hard work and zeal. After some time she was named as the leading producer of the gear cutting appliance before the WWI. Unfortunately, she called it quit in 1913 due to family disagreements. After a short pause, she landed a position at Ingle Machine Company in East Rochester.

In 1918 Kate Gleason became the first American woman to lead as the acting President of the National Bank. With her noble heart, the said position gave her a chance to venture into humanitarian works. After some time she launched a construction company in Rochester. At the end of her career, Kate traveled from one part of the world to the next. In the process, she managed to purchase tons of real estates, especially in France.

Kate Gleason’s determination made her join as the first woman in the American Society of Mechanical Engineering. She also teamed up with the American Concrete Institute and the first serving woman of a national bank. At the end of her retirement, Kate gave over $1.5 million estates to educational and charitable foundations. Her assignees included parks, libraries as well as the Rochester Institute of Technology. In her honor, the College of Engineering at RIT was named after her.

For the rest of her life, Kate Gleason called it quit the world without having a child of her own. Reason being that marriage acted as a barrier for her to fathom further. She left the world on 9th, January 1933 at 67 years of age. In her honor, a Kate Gleason Award was established by the America Society of Mechanical Engineers’ Foundation.