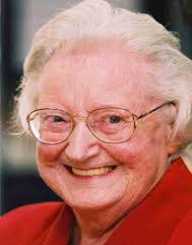 Cicely Mary Saunders was a prominent English, social worker, nurse, and physician. She was born on June 22, 1918, in Barnet, Hertfordshire, England. She was the founder of the hospice movement which encouraged the implementation of palliative care in modern medicine. She supported the administration of drugs on a routine to patients who experienced constant pains.

Cicely Saunders stated that this kind of care would enable patients to respond well to doses of medicine that were administered. She introduced the Christopher Hospice which was intended to take care of patients who were terminally ill.

She reasoned that compassionate care and love were also important aspects of reducing painful conditions apart from euthanasia which was widely used.

Cicely Saunders was born on June 22, 1918, in Barnet, Hertfordshire, England, UK. She was the first born child to a real estate developer Gordon Saunders and Chrissie Saunders.

Her family was among the wealthiest in London, and she had the best education as she grew up. From day school, at the age of ten, she went to boarding school at Southlands close to Brighton. In 1932 she joined Roedean boarding school and completed in 1937. In 1938, she enrolled at St. Anne’s College, Oxford to study politics, philosophy, and economics.

She attended Nightingale Training School in 1940 after graduating from St. Anne’s and trained as a Red Cross nurse. She went for her internship programs serving in some mental hospitals in London.

She also worked at the Park Prewett hospital in the medical, surgical, children’s and gynecological wards. In 1944, after her probationary programs, she returned to St. Anne’s College and received her BA in 1945. She qualified as a medical social worker at the Royal Cancer Hospital in 1947.

Cicely Saunders began her professional career at St. Thomas’s Hospital Northcote Trust in September 1947. She served as an assistant medic under the health center for cancer patients. In 1951 she went to study medicine at St Thomas's Hospital Medical School and received her MBBS degree in 1957. She started working at pharmacology department of St. Mary’s Paddington as a researcher.

She was taking care of cancer patients which in turn prompted her to establish the practice of administering drugs on a regular basis to bring relief to the patients. She joined Roman Catholic St. Joseph’s Hospice in Hackney, East London in 1958 where she worked for seven years. It is at this establishment that she started thorough research on how to control pain.

Cicely Saunders learned that not only the administration of drugs was necessary but also display of love, and constant care was essential in dealing with the patients. She started writing down her findings which would later help her in establishing the hospice. In her establishment, she planned for facilities like a chapel stating that prayers were also effective in medical treatment.

She also managed to raise funds while still an employee at St. Joseph’s Hospital which she used to fund her project. By 1967, St. Christopher’s Hospice was fully established and operational with Saunders serving as medical director. She became the chairperson of the facility in 1985 and later became the president in 2000.

However, Antoni also died in 1960. In 1980, she was married to Professor Marian Bohusz-Szyszko for fifteen years. Marian died later in 1995. Cicely Saunders died on July 14, 2005, of breast cancer at the age of eighty-seven at St. Christopher's Hospice.