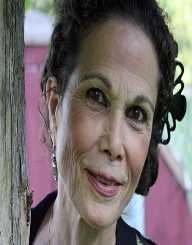 Julia Alvarez is a writer and poet of Dominican heritage. She is one of the acclaimed writers from Latin America.

Julia Alvarez was born in New York in March 1950. She was the second in a family of four daughters. Alvarez was a daughter of Dominican Republic parents. Her parents had fled their country fearing persecution from the government. Three months after her birth in New York, her parents decided to go back to the Dominican Republic. She spent her first ten years in her native country.

They fled to the US after her father was involved in plotting to topple the president. In the US, the family settled in New York. Alvarez struggled to adjust to the new life in Brooklyn.

The extended family she had was not there. She faced racial prejudice and discrimination in school. Everything had changed, from the language, culture, and environment. Her life had abruptly changed. She consoled herself in writing. She spent her free time writing down journals on her experiences.

Julia Alvarez started her school life at a local Catholic school. She then attended Abbot Academy and graduated with a high school diploma in 1967. The same year, she joined Connecticut College. After two years, Alvarez transferred to Middlebury College. There, she graduated with a Bachelors of Arts. This was in 1971. In 1975, she obtained a Master’s degree from Syracuse University.

From her early childhood, Julia Alvarez showed talent in writing and literature. Many of her childhood teachers encouraged her to pursue writing. She took up a job at the Kentucky Arts Commission in 1975. She based her time to visit different institutions promoting writing and reading. Alvarez visited several other states while in Kentucky.

As the assistant professor at the University of Vermont, Julia Alvarez gave fiction, poetry, and English. She also teaches creative writing at the Middlebury College. In many forums she appeared, Alvarez has emphasized on writing and literature.

Julia Alvarez has been a panelist judge in competitions around America. Alvarez is also an editor, literature consultant. In her native Dominican Republic, Alvarez has taught about conservation. She is involved in lecturing people on literacy and conserving nature.

Julia Alvarez got her success in 1991. In her novel How the Garcia Girls Lost Their Accents, she addresses the American racial divide and discrimination. She then did her second novel in 1994. It was titled In the Time of Butterflies. The author has done several other novels.

Other than fictional characters, Alvarez has done poetry and essays. She has written many reading articles and stories for children. One of the children books is The Secret Footprints in 2000. Tia Lola Came to Visit Stay published in 2001, is another of her children collection. This has proved the writing range of Alvarez. She has written fictional novels, poetry and children materials.

Julia Alvarez also relived the turbulent politics of her Latino America. In the Name of Salome was published in 2000. It is about two women and political troubles in Cuba and the Dominican Republic. The novel has been rated highly for the precise political research.

From 1968 to 2000,Julia Alvarez has received many awards. The total number of the awards is twenty. The Benjamin T. Marshall, Creative Writing Award and Latina Magazine woman of the Year are just a few.

She is also a member of a handful of membership clubs. Some of them are the Academy of American Poets, the Associated Writing Programs, and the Poets and Writers organizations.

Julia Alvarez is married to Bill Eichner. The couple has been married since1989. They live in their residence in Champlain Valley, Vermont.

Julia Alvarez was a daughter of a medical doctor. She decided to curve her path in literature. Alvarez survived the racial discrimination in her childhood. Her will to impart knowledge to the community helped her in her writing. Most of her writings are experiences she had in her life. The characters are fictional, but the events are real. This originality has given her a wide following in public. Alvarez has shown that with a burning zeal, one can make a difference in the society.