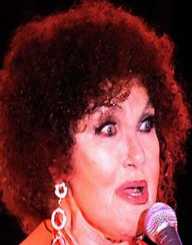 Cleo Laine is a celebrated jazz vocalist, pop musician, and an actress. She is a Grammy award winner. During her prime in her music career, she was known as the Queen of Jazz.

She is remembered for her regular appearance on the show, That Was the Week That Was, a showed that was aired by the BBC.

Cleo Laine was born on 28th October 1927 in Middlesex, England. His father was a Jamaican and mother was English. Her parents were never married but had a romantic relation. Laine spent most of her childhood in Southall. Having realized her talent at a young age, her mother regularly sent her to a singing and dancing school.

It was when she was applying for a passport to go to Germany for a show when she got to know her real birth name. This was because her parents were never married. She changed her name in 1951 to Cleo Laine. A name she used as her stage name.

Cleo Laine went to Featherstone Primary School, before later attending Mellor Lane Senior School based in Hayes. At the age of 14, Lane dropped out of school to concentrate in her singing career.

It was until her mid-twenties when Cleo Laine started making music professionally. At the age of 24, Laine successfully auditioned for John Dankworth musical group. She sang with the group for seven years, receiving a lot of fame during that time.

In 1958, a year Laine got married, she took a stage role in Flesh to a Tiger, and it was during the show when she met Ella Fitzgerald. The two would go on to become lifetime friends.

Her first solo performance led to a series of other performance including, Time to Laugh, Showboat, and Valmouth.

Cleo Laine became a full-time solo artist in 1964. Some of her albums include All That Jazz, Shakespeare and live at Landon.

She published her autobiography in 1994. Laine performed together with her husband until his death.

In a 1972 New York concert, she did a show that was recorded and later released and named Live Carnegie Hall, a show that earned Laine her first nomination for the Grammy Award.

Cleo Laine has been married twice, in 1946; she married George Langridge and had one son with him. The two however divorced in 1957.

Her relationship with John Dankworth was not only musical; the two got married in 1958, in a secret wedding witnessed by a few people. She had two children with Dankworth, Alec and Jacqui, who are both musicians. Her husband Dankworth, died on 6th February 2010, after a long battle with an illness.

Queen Elizabeth II awarded Cleo Laine with an Order of the British Empire, in 1979, for her exemplary music career.

Her two albums, Return to the Carnegie and Cleo at Carnegie, earned Laine a Grammy Award for the best female jazz vocalist.

Her acting career did not also go unnoticed; she was awarded a Theater World Award. The U.S recording industry later awarded her with a Lifetime Achievement Award.

Cleo Laine is the only woman to receive a Grammy award for jazz music.