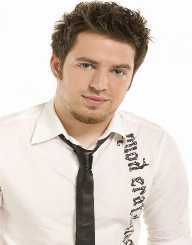 Lee DeWyze was born on April 2nd, in 1986. He is a famous American singer and a songwriter. DeWyze earned his fame after being crowned the ninth season winner of American Idol.

Leon James alias Lee DeWyze was born on April 2nd, in 1986. His birthplace was in Mount Prospect in Illinois. He is the oldest son to Leon DeWyze, Sr.and Kathleen. His father worked as a postal carrier. DeWyze has three other siblings in the family.

Lee DeWyze went for his early education at St. James Catholic Elementary School situated in Arlington Heights, Illinois. After this, he joined Prospect High School located in Prospect, Illinois. However, he did not complete his education here as he was expelled during his senior year. Consequently, he went ahead and joined Forest View Alternative School. Sources claim that he also did not manage to complete his studies at the institution.

Shortly after being expelled from school, Lee DeWyze took the job of being a paint salesman. Later, he auditioned for the American Idol show. This marked the turning point of his music career. His talent greatly impressed Louis Svitek who later offered him a recording contract with WuLi Records.

It did not take time before DeWyze came up with a band and named it Lee DeWyze Band. This band included the likes of Svitek, Jeff Henderson and McGuire. The band went ahead and released two albums.

Their first album was called. First I am Told -2007. They released their second album in 2010 called Slumberland.

In 2009, Lee DeWyze was among those that auditioned for the music competition show dubbed American Idol. Right from the beginning of the show, DeWyze did not appear as the best.

However, as time went by, his fan base grew rapidly. Ultimately, Lee DeWyze emerged as the show’s winner. This changed his singing career completely as he not only became a household name but that he also earned himself a valuable recording contract.