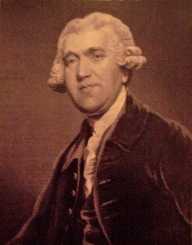 Granville Sharp gained employment as a Clerk in the Ordnance Office at the Tower of London in 1757. His new position afforded him time to delve into other things other fields being scholarly or intellectual. With his interest in music, Granville Sharp collaborated with his other siblings who also shared the same interest to form a family orchestra. They performed at William’s house and in the family sailing barge, Apollo in Fulham. They performed fortnightly in the sailing badge from1775 to 1783.

Granville Sharp interest in activism arouses when he met Strong, a slave who has been beaten and cast onto the streets by his master lawyer, David Lisle. Granville Sharp took an interest in his case and after helping to treat Strong of his injuries, sought justice for him. With this Granville Sharp learned the English laws and delved into parts which talked about the rights and liberty of individuals. After several legal banters between Granville Sharp and Lisle, Strong was given his freedom and lived the rest of his life as a free man.

After the case Granville Sharp took a strong position against slavery and for the rest of his life will fight for the abolition of slavery spoke against social and legal injustice. He fought for several other slaves in the country, but since England was at the time the worst accomplice when it comes to slave trading, most of the cases did not go in his favor, and some became undetermined by the court. One important success that was chalked by Granville Sharp was in the JamesSomerset case. Sharp was contacted on January 13, 1772, to help Somerset, a runaway slave from Virginia who has been caught and was to be sailed to Jamaica for sale. Somerset came to England with his master Charles Stewart in 1769 and on October 1771 took to his heels only to be caught by slave hunters after 56 days.

As Granville Sharp was set for sails, three Londoners applied for habeas corpus to Lord Mansfield. Somerset received support from the public in terms of funds for the payment of his legal team. With Granville Sharp knowledge in the English law on liberty, Granville Sharp briefed Somerset's lawyers and at the end, the judgment delivered on June 22, 1772, went in favor of Somerset. The judgment established that any slave who was forcibly taken to England gains his freedom immediately they set foot there. Granville Sharp was instrumental in the return of slaves to Africa, Sierra Leone to be precise for a new settlement. Some of the settlers arrived at what came to be Granville Town in May 1787. He was also involved in several advocacies in other countries, especially in the United States of America.

His campaign was been championed by other individuals and groups who shared the same interest. As he grew others like Thomas Clarkson, William Wilberforce and the Clapham Sect continued with the campaign. After the Act of Abolition was passed by both by Parliament and as to be implemented on March 25, 1807, Granville Sharp was grateful to the Lord and offered a thanksgiving prayer. Granville Sharp was however not able to witness the full implementation of the law and final abolishment as he died on July 6, 1813.

Granville Sharp was named after towns like Granville Town in Sierra Leone and the free village of Granville in Jamaica. Granville Sharp was featured on the 50p postal stamp of the Royal Mail during the commemoration of the 200thanniversary of the abolition of slave trade in 2007. A memorial of has been erected in the Westminster Abbey in his honor.

Granville Sharp came out with several publications, including, A Representation of the Injustice and Dangerous Tendency of Tolerating Slavery, 1769, A Declaration of the People's Natural Right to a Share in the Legislature, in support of the American colonists, 1774, and A Declaration of the People's Natural Right,in support of both Americans and Irish, 1775. Others are The Just Limitation of Slavery in the Laws of God, 1776, The Legal Means of Political Reformation1780, Regulations for a New Settlement of Sierra Leone1786Free English Territory in Africa,1790 and A Letter to a Gentleman in Maryland respecting the extreme Wickedness of tolerating the Slave Trade, 1793.