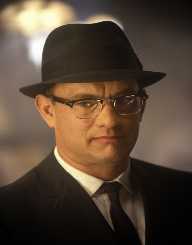 Thomas Jeffrey Hanks was born on July 9th, 1956. He is a renowned American actor born in Concord, California. He is famous for his comedic and dramatic expertise in movies such as Big, Apollo 13, Green Mile, and Catch Me If You Can. With the kind of experience and talent he has in the film industry, he stands as one of the highest paid actors of all time in Hollywood.

Tom Hanks was born on July 9th, in 1956. His father, Amos Mefford Hanks worked as an itinerant cook while his mother Janet Marylyn was a hospital worker. His other three siblings are Jim, Larry, and Sandra. By the time Hanks was five years old, his parents had separated, and he had to be raised by his father, Amos together with his two siblings. The youngest brother, Jim was raised by Hank’s mother.

While Hanks was still young, their family shifted from one place to another before finally residing in Oakland, California. This is where Hanks went to Skyline High School and later graduated in 1974.

After his graduation from high school, Tom Hanks went to Chabot College located in Hayward, California. He did not take much time here as he later moved to California State University where he could pursue his career in acting.

In 1977, Tom Hanks dropped out of his studies after receiving an internship offer at Great Lakes Shakespeare Festival in Ohio. Here, he acted in some of Shakespeare's plays including The Two Gentlemen of Verona which landed him an award for the Best Actor. This was in 1978.

A year later, Tom Hanks shifted back to New York with the intention of fulfilling his dream of becoming a Broadway star. It did not take time before Hanks landed a role in He Knows You're Alone. This was his on-screen debut though the movie was considered as a low-budget. During the same year, he was fortunate to feature in the TV sitcom Bosom Buddies. The show managed to earn Hanks recognition, but it was later cancelled after airing for two seasons.

His exposure in TV shows had a positive impact on the next shows that Hanks would feature on as a guest including Happy Days, Taxi, The Love Boat and Family Ties. With his guest appearance in Happy Days, Tom Hanks met Ron Howard who was the co-star of the show.

Later on, in 1982, Ron Howard worked as a director and recalled Hanks from his role in the show they were together. Hanks was therefore considered to star in Howard’s movie Splash-1984. This was a romantic comedy about a mermaid that fell in love with a man. The movie became a major hit with grossing of approximately $69 million. Immediately, this made Tom Hanks a famous face in the U.S.

Still, in 1984, he went on to star in the sex comedy called Bachelor Party. This movie also became a sizable hit contributing to Hanks’ rise to stardom in his acting career. Other films lined up due to the success that Tom Hanks had managed to achieve. Some of these films include Man With One Red Shoe and Volunteers both in 1985, The Money Pit-1986, and Dragnet- 1987.

Tom Hanks's brilliance in the film industry earned him an Academy Award nomination after featuring on the fantasy comedy called Big in 1988. Punchline followed after this during the same year.

Soon, his career began to slow down as he featured in box office movies that underperformed including The 'Burbs- 1989, The Bonfire of the Vanities- 1990, Joe Versus the Volcano- 1990. The only film that was a commercial success for Hanks during this period was Turner & Hooch- 1989.

Back to the Top

The early 1990s, Tom Hanks, was back again doing what he does best, acting. This time he landed on a major hit after featuring in Sleepless in Seattle-1993 and Forrest Gump-1994. He was bestowed with an Academy Award for the 1993 movie, Sleepless in Seattle. As for Forrest Gump, this was a box office hit, and it proceeded to win Oscars Award.

Three years later, Hanks hit the big screens again by starring in the blockbuster movie Apollo 13 which was based on real story occurrences in the 1970s. The film grossed over $500 million equaling the success of Forrest Gump released earlier on.

In 1998, Tom Hanks starred in Saving Private Ryan. This movie was directed by Steven Spielberg, who later took home an Oscar award for it as the best director. Hanks, on the other hand, was an Academy Award nominee for the same movie.

His continued success made a difference in the film industry during the millennial era. Tom Hanks was the producer of My Big Fat Greek Wedding- 2002, Magnificent Desolation-2005, and Evan Almighty-2007. In 2006, he starred in The Da Vinci Code which was a commercial success. It grossed over $750 million globally.