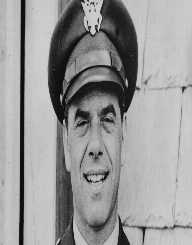 Francesco Rosario Capra was born on May 18. 1897, in Bisacquino, Sicily, Italy. His parents were Rosaria and Salvatore Capra. He was the youngest in his family, having six older siblings. Capra later changed his name to Frank Russell Capra to seem Americanized.

Born into a family of immigrants, Frank Capra left Italy when he was about five years old. In 1903. His family moved to the United States. They moved into an Italian community in Los Angeles, California. There, his father worked on a fruit farm (which is similar to the job he held in Italy). At a young age, Frank Capra also worked on the farm with his father to help to support his family.

After Frank had graduated from high school, his parents encouraged him to get a full-time job to continue supporting the family, but he decided to go to college instead. Frank Capra worked his way through college (doing odd jobs to pay for his tuition), and graduated in 1918 with a degree in chemical engineering.

After graduating college, Frank Capra was asked to join in the fight against the Axis powers in World War I. In the war, he served as a second lieutenant. He was later medically discharged from the army after getting the Spanish Flu. After the war, in 1920, he officially became a naturalized citizen of the United States.

Even though he was not required to join the army again (since he was middle-aged at the time), he signed up anyway for World War II. During this war, he worked mostly on propaganda films for the American cause, rather than fighting.

After World War I, Frank Capra tried to get a job with his chemical engineering degree, but he was out of luck. Instead, he picked up some odd jobs in the film industry, working at Cohn, which is how his film career began. At the time (the early 1920’s) he worked mostly with short silent films. He would do some of the filmings, but he also worked as an assistant director, film cutter, and he did several other things to process the film for production. Frank Capra worked on and off with this company, leaving for a short time in the mid-1920’s and coming back in 1928 (the company had since been renamed Columbia Pictures) where he worked more with long films instead of short films. Near the end of the 1920’s, films began to have sound, which is when Capra’s film career kicked off.

Frank Capra’s first sound film (which he directed) was called The Younger Generation. He continued to work with Columbia Pictures at this time (now the 1930’s), even through the Great Depression. Frank Capra is known as one of the greatest directors of the 20th century. He is best known for his films, Is Happened One Night, and It’s a Wonderful Life. While most everyone has heard of It’s a Wonderful Life now, it was not a success at the box office when it first came out. The average Joe didn’t love it, but it still did well at the academy awards. It was even nominated for five Oscars (although it didn’t win any), and it won the Golden Globe Award for Best Director of a Motion Picture. Near the end of his directing career, he also worked as the president of the Academy of Motion Picture Arts and Sciences, as well as the president of the Director’s Guild of America.  Some of this other films are listed below.

Mr. Smith Goes to Washington
You Can’t Take it With You
Meet John Doe
Arsenic and Old Lace
Riding High
Pocketful of Miracles

Frank Capra’s arguably most successful film was It Happened One Night. This film was the first film ever to win the top five Oscar awards when it first came out: Best Actor, Best Actress, Best Screenplay, Best Director, and Best Picture. Aside from this, Frank Capra won the Oscar for Best Director (Mr. Deeds Goes to Town) (You Can’t Take it With You)

Frank Capra earned his star on the Walk of Fame in 1960.

Frank Capra is in the Online Film and Television Hall of Fame, as well as the PGA Hall of Fame for Motion Pictures for the film It, Happened One Night (an award he shares with Harry Cohn).

Frank Capra was first married to Helen Howell in 1923. However, the couple divorced in 1928. They did not have any children together. He married for a second time in 1928, to Lucille Warner. Together, the couple had four children. This marriage ended in 1984 when Lucille died. Frank did not remarry after his wife’s death.

Frank Capra’s health began to decline after he suffered from a series of strokes in 1985. His health continued to decline until he had a heart attack in 1991. His heart attack caused his death on September 3, 1991, in La Quinta, California. Frank Capra was 94 years old when he passed away.