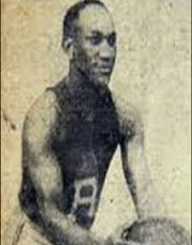 Harry Lew was born 4th January 1884, to William and Isabell Lew. He was born in Massachusetts, United States.

Harry Lew's heritage included talented musicians and civil rights activists. He himself was a talented violinist. His father attended the 1891 Equal Rights Convention in Boston, Massachusetts as a delegate.

He studied at Lowell High School, from where he graduated.

Harry Lew went to work with his father in his dry-cleaning business in the late 1890s.

He began competitive basketball in 1898 when he joined the YMCA boys’ basketball team. His team won the championship for four years in a row while Lew played for them.

In 1902, he was recruited by Pawtucketville Atletic Club in Lowell, which was part of the New England Professional Basketball League. Although the team manager didn’t want to play him, due to injuries and other circumstances, Harry Lew found himself playing.

When the management found out he could hold his own and how well he played, he became a permanent fixture in the team.

The league disbanded at the end of the 1905 season.

Harry Lew continued to play in local teams over the next 20 years. When he retired in 1928, he returned to his dry-cleaning business and moved to Springfield, Massachusetts. He lived there until his death in October 1963.

As the first African-American player to be recruited to a professional team, Harry Lew did it tough and had to put up with many insults. His courage helped him stick it out, and in later years, when any of his daughters were having problems in life, he would talk about his basketball years and what he had to endure to explain to them how to deal with life.