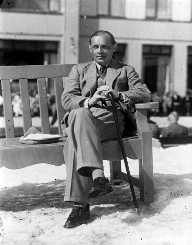 Erich Maria Remarque was born on June 22nd, in 1898. He was a celebrated German novelist. Most of his works centered on the terror he experienced while fighting in wars. Right from a young age of 18 years, he was already on the battlefront with the German army. His notable work was called All Quiet on the Western Front – 1928. This book talked about First World War and how the German soldiers fought. Later on, due to its success, it was adopted into a film.

Erich Maria Remarque was born on June 22nd, 1898. His birthplace was in Osnabrück, Germany. His father, Peter Franz Remark worked as a pressman and was considered a licensed bookbinder. His mother was called Anna Maria Stallknecht.

At the onset of World War I, Erich Maria Remarque was called to serve in the army. During this time, he was only 18 years old. On June 12th, 1917, he received a transfer to the Western Front situated in Hem-Lenglet. A few days later, on June 26th, he was further stationed between Houthulst and Torhout. However, the following month, he got wounded on his left leg, neck and his right arm. Remarque had to be sent to an army hospital to get well. This is where he spent the entire war period.

With time, Remarque decided to try out teaching profession. Two years later, he landed himself a job as a primary school teacher. Things did not seem to work out fine in this profession, and he quickly left for other jobs. Some of the jobs that he landed on include librarian, editor, journalist, and a businessman. He also delved into writing where he got paid for writing for the Continental Rubber Company. This was a tire manufacture company in Germany.

Writing was not a new thing to Erich Maria Remarque as he had indulged in this profession when he was still 16 years old. His first works included poems and essays. In addition to this, he had also began writing his first novel that was later completed in 1920. This novel was called The Dream Room – 1920. It did not take long before All Quiet on the Western Front was published. A few things changed in his life including his name. His mother had also passed away, and in honor of her memory, he decided to adopt her name, i.e., Maria. Also, the family’s surname was Kramer, but he also changed its spelling and adopted the name ‘Remark.’

After that, he published Station at the Horizon in 1927. A few years later, he completed another novel titled The Road Back – 1931. After this, he purchased a home in Switzerland. This was a move that would guarantee him that he could live either in Switzerland or France. Other novels that he published, later on, include Three Comrades and Arch of Triumph. The latter work performed well, and it earned Remarque global recognition. Shadows in Paradise marked the end of his writing career.

Among the many novels that Erich Maria Remarque completed and published, some of his most notable pieces include All Quiet on the Western Front – 1928, Arch of Triumph – 1945, and Night in Lisbon – 1962.

Erich Maria Remarque first marriage to Ilsa Jeanne Zamboui was not successful as the two ended up divorcing after only five years. The two had tied the knot in 1925, but both partners were unfaithful towards each other. After Nazis took over Germany, they eloped together to Remarque’s home in Switzerland. He was also romantically involved with Marlene Dietrich for a long period.

In 1938, he got married again to his former wife. This was mainly to prevent her from being forcefully deported to Germany. The two left for the United States in 1940. Seven years later, they both acquired their American citizenship. Their second divorce followed this.

Erich Maria Remarque wedded Paulette Goddard, an actress, in 1958. The two lived together to the time of his demise.

Erich Maria Remarque passed away on September 25th, in 1970. He was 72 years old when he passed away.