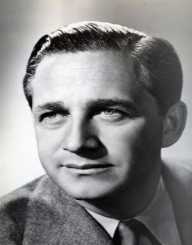 Mervyn LeRoy was born on October 15, 1900, in San Francisco. His paternal grandfather owned a department store in San Francisco, which made the family well situated. His family suffered major financial damage after the 1906 earthquake. The quake destroyed the store, and, although it was heavily insured, the insurance company went bankrupt in the aftermath.

LeRoy began to sell newspapers to earn a living and in the meantime entered several talent shows as a singer. He worked his way into vaudeville. He sang as the Singing Newsboy in the act “LeRoy and Cooper-Two Kids and a Piano.” After his act broke up, he and his cousin Jesse Lasky went to Hollywood.

When Mervyn LeRoy arrived in Hollywood, he began working in costumes, processing labs and also as a camera assistant. He advanced his career by becoming a gag writer and actor in silent films. One of his best-known projects from the time was The Ten Commandments in 1923. He has credited the film’s director Cecil B. DeMille as his biggest inspiration to become a director. DeMille also taught him several directing techniques, which he required to make his films.

In 1927, LeRoy directed his first movie No Place to Go. He became well received in the movie business since his movies did not cost too much and made a lot of money. He launched the career of Edward G. Robinson with the Academy Award-nominated critique of tabloid journalism Five Star Final in 1931. Robinson also starred in his classic gangster film Little Caesar in the same year. From that time on, LeRoy became a director and producer in a wide variety of films. In 1938, he was chosen as the head of production at MGM. While at the post, he decided to make The Wizard of Oz and discovered Clark Gable, Loretta Young, Robert Mitchum and Lana Turner. He was nominated for Academy Award for Best Director for his work on Wizard of Oz, as well as the 1943 nomination for Random Harvest.

In 1950, Mervyn LeRoy began working on several musicals. His works included Lovely to Look At, Million Dollar Mermaid and Rose Marie. He parted his ways with MGM and moved to Warner Brothers. There he was responsible for several major projects, such as Mister Roberts, No Time for Sergeants, The FBI Story and Gypsy.

In 1946, LeRoy received an honorary Academy Award “for tolerance short subject” for The House I Live In. in 1976, he received the Irving G. Thalberg Memorial Award. During his career, eight of his movies were nominated for Academy Awards for Best Picture.

Mervyn LeRoy has married a total of three times and had several relationships with Hollywood actresses. His first marriage was in 1927 to Elizabeth Edna Murphy. The couple divorced in 1933. While they were separated, LeRoy dated Ginger Rogers. The relationship ended, however, the two remained friends for life. His next wife was Doris Warner in 1934. She was the daughter of Harry Warner, founder of Warner Bros. They had one son, Warner LeRoy and daughter Linda LeRoy. His son Warner became a restaurateur. In 1942, LeRoy and Warner divorced. in 1946 he married Katherine Spiegel, with whom he remained together until his death.

LeRoy retired from the film industry in 1965 and focused on writing his autobiography Take One. He published the book in 1974. LeRoy died after suffering from Alzheimer’s disease in his home in Beverly Hills, California. He was at the time 86 years old. In 1960, LeRoy received a star on the Hollywood walk of fame. LeRoy was also a fan of thoroughbred horse racing and one of the founding investors in Hollywood Park Racetrack. During the 1940s-1950s, he and his father in law, Harry Warner operated a racing stable W-L Ranch Co.