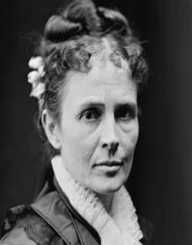 Lucretia Garfield was the wife of James A. Garfield the U.S president. She was a first lady of the United States for nine months. Her term as the first lady ended when her husband was killed by an assassin. Her husband died two and a half months after he was shot.

She was born on April 19th, 1832, in Garrettsville. His father Rudolph was a farmer and a member of the Churches of Christ.

In 1849, Lucretia Garfield met James Garfield at Geauga Seminary, the two fell in love, and after dating for nine years, they got married in 1858, when they were both 26 years. The two went on to have seven children, two, however, died at an early age.

The early days of her marriage were challenging for Garfield, her husband’s frequent trips and his lack of passion towards her caused her a lot of frustrations, she expressed regrets for their marriage.

Lucretia Garfield's appetite for knowledge was second to none, she was determined to be independent and earn a salary for herself, and this contributed a lot to her success.

Lucretia Garfield was a boarding student at Geauga Seminary from 1838 to 1847. She studied algebra, science, Greek and Latin.

In 1850, she moved to Hiram Eclectic Institute, a religious institution founded by Disciples of Christ Faith members. Here, she studied classical French and British literature.

After completing her course, she graduated from Hiram College now known as Western Reserve Eclectic Institute. She went on to be a teacher. Following her talent, Lucretia Garfield took some lessons on theatre, drawing, and art.

After graduating, Lucretia Garfield was retained at Eclectic Institute as an Algebra, French and Latin teacher. She later moved to Ravenna, Ohio, to take another teaching job.

With the intention of getting married to Rebecca Selleck, she quit her teaching job. Their plan later fell apart after she realized that her husband to be had another lover who showed up during his graduation.

This forced Lucretia Garfield to go back to her teaching career in Cleveland, Ohio. During that time she did a short course in Geography and Music. Her teaching career ended in Bryan, Ohio in 1858 where she was an art teacher.

Lucretia Garfield's husband’s election as the U.S president in 1881 brought joy to Garfield’s family. She was not, however, interested in being in the limelight. Her genuine hospitality was admirable. Her role of being the First Lady proved vital for her husband. Garfield turned out to be his chief adviser on national issues.

She intended to redecorate the white house to create a historical ambiance. She and her husband went to the Library of Congress to research how the rooms in the White House, once looked like in the past.

Her active public participation came to an end in 1881, when she contracted malaria in the White House. She was taken to New Jersey for treatment. Her husband’s plan to visit her was cut short in Washington by Charles Guiteau, a man who shot him.

Lucretia Garfield immediately came back to look after her husband. After three months of fighting for his life, her husband died. Her devotion to her husband’s health won her a lot of sympathy and admiration.

Lucretia Garfield's family moved to South Pasadena, California, where they had a comfortable life following a trust fund of $350,000 raised by Cyrus W. Field.

On 14th March 1918, Lucretia Garfield died at the age of 85. She was laid to rest at Lakeview Cemetery in Ohio.