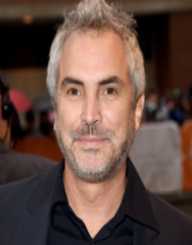 Alfonso Cuaron was born on November 28th, in 1961. He is a famous Mexican film director. Apart from this, he is also a screenwriter, editor, and a producer. Some of the works that he is notable for include A Little Princess – 1995, Harry Potter and the Prisoner of Azkaban – 2004, Children of Men – 2006, Gravity – 2013 and several others.

Alfonso Cuaron was born Alfonso Cuarón Orozco on November 28th, in 1961. His birthplace was in Mexico City in Mexico. His father, Alfredo Cuarón worked as a nuclear physicist for the United Nations.  Cuaron’s brothers are called Alfredo and Carlos.

Alfonso Cuaron went for his philosophy studies at the National Autonomous University of Mexico. After this, he enrolled with Centro Universitario de Estudios Cinematográficos to study filmmaking. It is while taking his filmmaking lessons that Cuaron crossed paths with Carlos Marcovich and Emmanuel Lubezki. These two individuals played a significant part in some of Cuaron’s first short films including Vengeance is Mine -1983.

Alfonso Cuaron's career began with his contribution in Mexico’s TV industry. Initially, he went ahead and worked as a technician. Later, he honed his directing skills. His early contributions on TV landed him on a number of roles as an assistant director. Early film productions included La Gran Fiesta, Romero and Gaby: A True Story.

Cuaron’s major directing role came in 1991. This was after directing a sex comedy dubbed Sólo Con Tu Pareja. In 1995, he managed to release his first feature film called A Little Princess. This film was an adaptation of Frances Hodgson Burnett’s work.

In 2004, Alfonso Cuaron directed Harry Potter and the Prisoner of Azkaban which was one of the Harry Potter movie series. His work here performed better as compared to his early directing jobs. Two years later, he directed Children of Men. This work became Cuaron’s big break as it received three academy award nominations. Owing to his exceptional directing skills, Cuaron was also nominated twice.

Later, in 2010, he directed Gravity. This was a science fiction thriller movie where Cuaron worked with David Heyman, a producer he initially worked with in his Harry Potter film. George Clooney and Sandra Bullock took the lead roles in this film. From this film, Cuaron was bestowed with a Golden Globe Award for best director. Gravity received up to 10 Academy Award nominations.

Alfonso Cuaron was only 20 years old when he became a father. Jonás was his first born child. In 2001, he married Annalisa Bugliani. The two lived together until 2008 when they separated. He had two children from this marriage.