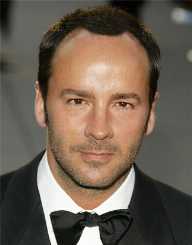 Tom Ford is a well-known designer for his fashion label, ‘Tom Ford’ and as the Creative Director of Gucci during 1994-2004. He is also an Award-winning film director for the movies, ‘A Single Man’ and ‘Nocturnal Animals.'

Thomas Ford is the son of parents Shirley Burton and Thomas David Ford, born in Austin, Texas on August 27, 1961. He grew up in the suburbs f Houston until his family moved to Santa Fe, in New Mexico in 1972. While in Santa Fe, he enrolled in St. Michael High School followed by Santa Fe Preparatory School and graduated in 1979.

He later joined Bard College at the age of 16, but dropped out and attended New York University where he studied art history. However, Thomas Ford also dropped out of New York University after a year so that he could focus on television commercials. He then enrolled to Parsons the New School for Design, where he studied interior architecture, and in his final year he specialized in Fashion but graduated with a degree in architecture.

After his graduation, Thomas Ford worked at Chloe as low-level public relations later he interviewed for a job with an American designer, Cathy Hardwick and worked as her assistant for two years. Then in 1988, he worked at Perry Ellis for two years and wanting to experience new style, he moved to Italy where he used to work for Gucci with Dawn Mello since 1990. At Gucci, Ford designed menswear within six months and shoes.

In 1992, Thomas Ford took over the position of Richard Lambertson as design director heading the brands ready to wear, fragrances, image, store design and advertising. By 1993, he created 11 product lines while working 18 hours a day. The following year, Ford earned his promotion to Creative Director of Gucci where he introduced Holston Style velvet hipsters, car-finish metallic patent boots, and skinny satin shirts during his first year.

In 1995, he brought a French stylist and photographer so that they could create new series of advertisements and campaigns for the company. This move increased the company’s sales by 90%, making Thomas Ford the highest stakeholder in the business and growing the value of ‘Gucci’ group to a value of more than $4billion.

By 1999, Thomas Ford became the Creative Director for Yves Saint Laurent (YSL) winning numerous Fashion Designers of America Awards for his zealous efforts. By advertising for YSL, Ford pulled up the classic style into the mainstream.

After 15 years, Thomas Ford left Gucci in 2004 due to disagreements with Pinault Printemps Redoute’s Group leaving Gucci at a value of $10billion. After he left Gucci, he opened his line of menswear, accessories, and beauty and named it after himself, ‘Tom Ford’ with Dominic De Sole as the chairman of the label.

In 2011, Michelle Obama wore an evening gown designed by Thomas Ford at Buckingham Palace. Ford has also dressed other celebrities, including, Beyoncé, Jennifer Lopez, Daniel Craig, Jon Hamm among others.

Other than his career in Fashion design, Thomas Ford has directed films such as ‘Fade to Black’ in March 2005 and ‘A Single Man’ in 2009.The film earned a Golden Lion Award nomination and two Golden Globe Awards. In 2016, Ford released a movie, ‘Nocturnal Animals ‘which won a Grand Jury Prize at the Venice Film Festival.

In 2009, he received three nominations for Best Feature for the screenplay ‘A Single Man’ including, two nominations for Independent Spirit Awards and one for Critics Choice Awards. Notably, in 2016, he earned a Grand Jury Prize and Satellite Auteur Award.

Thomas Ford married Richard Buckley in 1986 and the couple adopted a son named Alexander John. Being a diplomat, Ford had disagreed with America's Invasion of Iraq in 2003. He has also advocated for same-sex marriage in the United States.