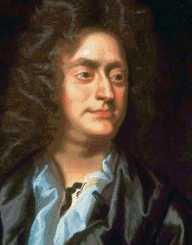 Henry Purcell was born on September 10, 1659, in Westminster, Lindon. His father Henry Purcell senior was also a musician and a gentleman of the Chapel Royal. Purcell was the oldest of three sons in the family. In 1664, Purcell’s father died, and his uncle, Thomas onwards took him care. He arranged the young Henry to be admitted as a chorister of His Majesty’s Chapel. He was a chorister until 1673 when his voice broke. Afterwards, he became an assistant to the organ builder John Hingston.

Purcell had said to have began composing when he was nine years old. However, his earliest identified work is an ode to the King’s birthday in 1670. It is believed that his song “Sweet tyranness, I now resign” was written by Purcell when he was still a child. At the Chapel Royal, Purcell studied under Henry Cooke and Pelham Humfrey. After Humfrey died, he studied under John Blow. Purcell then attended the Westminster Abbey and after finishing school began to work as a copyist at Westminster Abbey.

While working at Westminster Abbey, Purcell composed the anthem “Lord, who can tell” in 1678. The following year, Purcell wrote songs “Choice Ayres” and “Songs and Dialogues,” and an anthem for the Chapel Royal. Purcell wrote several anthems for the Reverent John Gostling. Gostling had a very extraordinary basso profondo voice, which is known to have a range of at least two octaves. One of the most known compositions of these was the “They that go down to the sea in ships.” Many works of Purcell from the time have been lost, and its known about them from his letters.

When the organist of Westminster Abbey, Blow, resigned from his post in 1670, Henry Purcell was appointed to his position. He devoted himself entirely to a composition of sacred music and did not produce any works for the theatre for the next six years. Before taking the position, Purcell had written music for Nathaniel Lee’s Theodosius and Thomas d’Urfey’s Virtuous Wife. From 1680 until 1688, Purcell produced music for seven plays, which became very important landmarks for English dramatic music. The composition Dido and Aeneas was written to a libretto and performed in 1689, and is now considered to be the first genuine English opera.

Purcell married in 1682, and soon after was appointed as the organist of the Chapel Royal, a position he held simultaneously with his Westminster Abbey appointment. In 1683, Purcell published his first printed composition, the Twelve Sonatas. His work at the time was mostly dedicated to the Royal family and sacred topics. In 1685, Purcell published two of his best-known anthems “I was glad” and “My heart is inditing.” The two songs were composed for the coronation of King James II. In 1690, he composed an ode for Queen Mary, “Arise my muse.” He also wrote the “Come Ye Sons of Art” in 1694, another ode to the Queen.

In 1694, Purcell composed the first English Te Deum with orchestral accompaniment named “Te Deum” and also “Jubilate Deo.” The compositions were both written for Saint Cecilia’s day. Purcell composed elegies for Queen Mary II’s funeral. He wrote several musical scores for operas, semi-operas, and theatre plays, as well as odes, cantatas, and other miscellaneous pieces. In 1693, he composed his first comedies- The Old Bachelor and The Double Dealer. During his final years of life, Purcell wrote music for 42 plays.

Henry Purcell and his wife Frances had six children together. Sadly, four of them died in infancy. His wife lived until 1706. After Purcell’s death, she published many of his works, including the famous collection Orpheus Britannicus. Purcell’s son Edward became the organist at St. Clement Eastcheap in London.

Purcell died in 1695 at the height of his career. He was at the time 35 years old. The cause of his death is considered to be a cold, which he caught after coming back home from a theater. Another theory is that he was suffering from tuberculosis.