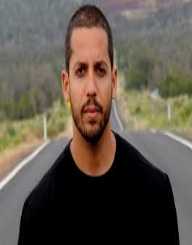 David Blaine is one of the most famous magicians all over the world. He is an American illusionist and magician that is known for his performance in the street as well as his close-up magic. His best-known stunt was his endurance stunts in which he lived for days in a glass box. David Blaine also defied gravity and baffled onlookers with his ability to levitate himself. He is well known all over the world and an international star in the field of magic. In fact, David Blaine has performed numerous but successful shows all over the world. He became interested in magic having seen a magician performed live. Since then, he had been trying out magic by practising with the tarots cards his grandmother gave him.

David Blaine later demonstrated a trick which awestruck his neighbor with wonder. His neighbour reaction was the motivation he needed to pursue magic as a career. David Blaine attended a drama school due to his interest in acting. However, by the time he clocked 20, he had become a very successful and highly charismatic illusionist and performer. He also established himself as a street magician till he became one of the most successful magicians.

David Blaine was born in Brooklyn, New York, the US to a school teacher, Patrice White and a veteran of the Vietnam War, William Perez. He was born of mixed ancestry on April 4, 1973. He was raised by his mother singlehandedly as she worked in so many places to ensure that ends meet. He got fascinated with magic when he saw a magician performed tricks live while he was still a four-year-old boy. He too started practicing magic with a tarot card given to him by his granny. He attended Passaic Valley Regional High School before joining the acting school in Manhattan. He devoted a lot of his time to magic but his mother who has been supporting died while he was 21.

Stepping out to the street was a dream come true for David Blaine as he was able to garner considerable popularity due to his intuitive tricks as well as his charismatic personality. His success as a street magician made him record a tape about his performance which was broadcast on NBC. He was later invited to an interview as well as his first television special, David Blain: Steet Magic. The program was aired on NBC, and it became successful. Two years later, he was invited again for another television program. He kept on traveling to different streets across the country to perform tricks before real and unsuspecting people. His first endurance trick was when he submerged himself in a 3-ton water-filled tank for seven days. People were awestruck thinking that was the end, but it was the beginning for him.

In 2000, David Blaine performed another endurance stunt which he called Frozen in Time. In this stunt, he got frozen into a block of ice for 63 hours, 42 minutes and 15 seconds. He later sealed himself in a transparent Plexiglas case suspended 30ft in the air next to Potters Fields Park on 5 September 2003. On October 19, after 44 days, he emerged from the case saying I love you all. He kept on performing crazy but dangerous stunts. David Blaine almost had a bad day sometimes in 2006 when he tried to free himself from handcuffs and chains put on him but he couldn’t. The Support divers, however, helped him. He later performed dangerous show like Dive of Death and Electrified: One Million Volts Always On in 2008 and 2012 respectively. He neither ate nor slept for the latter stunt.

His major work was his 2003 Above the Below stunt which was one of his much-publicised stunts. There, David Blaine suspended himself in a sealed case which was suspended in the air. He survived on just 4.5 liters of water with no food for 44 days. He, however, finished the stunt successfully and earned the media attention.

David Blaine received the Magician of the Year Award.

David Blaine is known to be a philanthropist as he often performs at children wards, juvenile wards and burns units in hospitals all over the country. In 2010, he raised nearly $1, 000, 000 for Haiti through his 72 hours performance, Magic for Haiti.

David Blaine engaged Alizee Guinochet who is the mother of his daughter. Currently, David Blaine has an estimated net worth of $12 million.