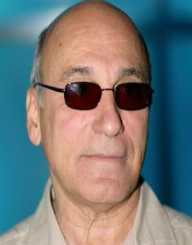 Donnie Brasco is a former FBI agent who infiltrated the New York mafia ring for six years. He helped the FBI to convict some of the leading mafia families in New York.

Donnie Brasco was born as Joseph Dominick Pistone on 17th September 1939 in Erie, Pennsylvania. Brasco moved with his parents to New Jersey when he was young. He went to Patterson State College. Brasco graduated from College with a degree in Anthropology.

Soon after college, he was employed as a teacher. He taught at the Patterson School No. 10 for one year before resigning. Brasco joined the US Navy. He worked with the US Naval Intelligence Service for some time before leaving again. In 1969, he joined the Federal Bureau of Investigation or FBI. Brasco spent the next fifteen years as an FBI agent.

In the early 1970s, the New York City experienced a wave of Mafia criminal activities. In 1974, Brasco was deployed to New York to help fight the highly organized crime. The FBI gave him an Italian nickname Donnie Brasco. His original name was Joseph Pistone. The FBI deleted his original information from the national registry. Joseph Dominick Pistone disappeared without a trace from the FBI. His contact with his wife and daughters was restricted to at least once every four months.

Brasco was the perfect choice for two reasons. He was an Italian American with a good mastery of the Italian language. He had some insights about the Mafia from his early years in New York. The second reason was that he knew how to operate heavy vehicle machinery. Since the operation was to dismantle a truck hijacking cartel, the FBI needed someone who knew much about heavy machinery.

Brasco posed as a skilled gemstone thief in bars visited by the local Mafia operatives in New York. He got noticed by one of the operatives. Brasco befriended Benjamin Ruggiero of the Bonanno Mafia family. The Bonanno was one of the six crime families that ruled the New York underworld. After a while, Ruggiero introduced Brasco into the crime family. Brasco quickly rose into the crime network and was given errands to do.

Under Ruggiero, Brasco was given four assignments to kill some elements within the families. In every assignment, Ruggiero was the point man between Brasco and the Mafia bosses. Since refusing to obey was suicidal, the FBI helped Brasco in faking the killings of the intended targets. Brasco managed to pass vital information to the FBI. In July 1979 Carmine Galante was killed. He was the boss of the Bonanno family. A succession war erupted that split the family into two warring factions.

In the early months of 1981, Brasco was given the assignment to kill the head of the rival family faction. The killing mission was called off. Later in May of 1981, Brasco was ordered to kill Anthony Indelicato. The family suspected Indelicato of planning the killing of three family members. Brasco was recalled from the undercover operation on July 26, 1981. The FBI thought the job had become risky for Brasco.

Months later, the FBI disclosed to the Mafia who Brasco really was. Dominick Napolitano and Anthony Mirra were killed for exposing the Mafia to police infiltration. The FBI tracked and arrested Ruggiero to prevent him from a planned Mafia killing. He died in 1995 of cancer at the age of 72. In retaliation, the Mafia placed a bounty on Brasco’s life. The Mafia resolved that it was dangerous to kill an FBI agent and called off the killing. The Bonanno family was excommunicated from the Mafia family. The expulsion helped the family to re-emerge later. Most of the other five families’ top leadership was sent to prison.

Brasco retired from the FBI in 1986. He is married to Maggie. The couple has three daughters. The family lives with a new identity in an undisclosed location within the New Jersey state in the US.

He has written a chronology of books detailing Mafia operations in the US. He was also part of the crew that produced the film Donnie Brasco in 1997. His life is a subject of theater plays in the US. Brasco continues to lecture on security matters under his new identity.

In his assignment, he managed to help the FBI convict over 100 charges and 200 indictments. His pioneering venture led the FBI to explore undercover missions as a viable option in dealing with crime.