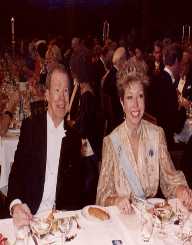 Robert Bruce Merrifield worked with the Philip R. Park Research Foundation for a year after his graduation. While there, he assisted in experiments on synthetic amino acid diets and took care of animal colony. Some of the experiments done at the time were one by Geiger that proved that for growth to occur, there was the need for available amino acids in the system.He left the institution after a year and moved to the University of California, Los Angeles with M.S Dunn, a professor of biochemistry. He collaborated with Dunn to research and developed microbiological methods for the quantitation of the pyrimidines.

Robert Bruce Merrifield moved to New York in 1949 to work with the Rockefeller University. While there he worked as an assistant to Dr. D.W. Woolley to research on a discovery he made on dinucleotide growth factor while in graduate school and also on a peptide growth discovered by Woolley. A number of studies into the two brought the need for peptide synthesis and subsequently the need for solid phase peptide synthesis in 1959. In 1963, Robert Bruce Merrifield came out with what he called solid phase peptide synthesis in his classic paper published in the Journal of the American Chemical Society. The publication has since become the fifth most cited in the journal’s history. He further did some research in his Dr. Merrifield laboratory and came out with the first synthesized bradykinin, angiotensin, desamino-oxytocin and insulin in the 1960s.

Robert Bruce Merrifield also worked in collaboration with Bernd Gutte to develop the first synthesis of the enzyme, ribonuclease A in 1969 which demonstrated the chemical nature of enzymes. Robert Bruce Merrifield embarked on several other types of research into peptide synthesis which has today been the basis for further development in biochemistry, pharmacology, and medicine. His method has made possible the systematic exploration of the structural basis of the activities of enzymes, antibodies, and hormones. His studies into solid phase peptide synthesis have today been expanded to include solid phase synthesis of nucleotides and saccharides. Robert Bruce Merrifield published an autobiography, Life during a Golden Age of Peptide Chemistry in 1993.

Robert Bruce Merrifield received several awards and honors for his work including Lasker  Award for Basic Medical Research, 1969and the American Chemical Society Award for Creative Work in Synthetic Organic Chemistry, 1972. Others include Nichols Medal, 1973, the Instrument Specialties Company Award of the University of Nebraska, 1977, and the 2nd Alan E. Pierce Award of the American Peptide Symposium, 1979. He won the Nobel Prize in Chemistry in1984. He also received several honorary degrees from institutions like the Yale University, University of Colorado and Colgate University among several others.