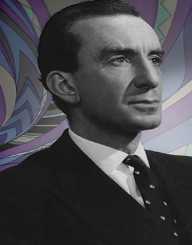 Don Emilio Pucci was an Italian politician and fashion designer. Born on November 20, 1914, he is best known for his shantung ‘Pucci Pants’ and the extensive geometric prints with the complex pattern of colors. Pucci also ventured into perfume and ceramics. As a politician, he served almost a decade as a member of the Italian Parliament from 1963 to 1972.

Don Emilio Pucci was born on November 20, 1914, into a wealthy, aristocratic Florentine family. He was raised and spent his much of his life in the Pucci Palace in Florence. Pucci loved sports, engaging in activities like fencing, swimming, tennis, and skiing. He was a member of the Italian team that went for the 1932 Winter Olympics at Lake Placid, New York.

However, he did not partake in the games. He enrolled at the University of Milan, where he spent two years. He then moved to the University of Georgia to study agricultural. While there, he joined the Demosthenian Literary Society.

Emilio Pucci earned a full scholarship in 1935 to study at Reed College in Oregon in return to raise a college ski team. In 1937 graduated from Reed with an MA in social science. That same year, he also earned his doctorate (Laurea) in political science from the University of Florence.

A year after graduating from the University, Pucci enlisted at the Italian Air Force in 1938. During the World War II, he served as a torpedo bomber pilot. He rose to the rank of captain and was decorated for his courage during the war.

Pucci’s first design was clothes for the Reed College skiing team. In 1947, Pucci took a leave from the military to Zermatt in Switzerland. Pucci had designed a skiwear for a female friend, which caught the attention of photographer Toni Frissell, who was working for Harper’s Bazaar and he took photos of it.

Frissell’s editor who was also interested in the design asked Pucci to design a skiwear for Bazaar’s 1948 issue on European Winter Fashion. Pucci came out with a sleek design using stretch fabrics.

The designs became very popular in Europe and America. Despite receiving offers from American manufacturers to produce them, Pucci decided to leave the army to establish an haute couture house in the Canzone del Mare on the Isle of Capri.

In 1949, he produced a swimwear line using his knowledge of stretch fabrics. He later used other brightly colored and patterned silk scarves fabric. With the encouragement of Stanley Marcus of Neiman Marcus, he started using his designs in blouses and wrinkle-free printed silk dresses.

Emilio Pucci gained international repute for his clothing and won several awards including the Neiman-Marcus Award and the Burdine's Sunshine Award. In 1959, he partnered with Formfit-Rogers mills in Chicago for his lingerie line, which became very successful. The following year, the company made him the vice president in charge of design and merchandising.

Emilio Pucci married Christina Nannini from Rome in February 1959. The couple had two children Laudomia and Alessandro who died in a car crash, in 1998, six years after his father’s death.

The New York ad agency Jack Tinker and Associates hired Pucci in 1965 to design clothes for hostesses of Braniff International Airways. Braniff had hired the agency to their image. Between 1965 and 1974, Pucci designed six complete collections for the airlines, pilots, hostesses, and ground crew. These included T-shirts, turtlenecks, culottes, and crop jackets.

In April 1963, Emilio Pucci contested on the ticket of the Italian Liberal Party for the Florence-Pistoia district. He had 2,780 votes falling second to Vittorio Fossombroni, with the party having only one seat. About four months later, he succeeded Fossombroni in the Italian Chamber of Deputies. He was able to retain the seat in 1968 but was beaten in the 1972 election.