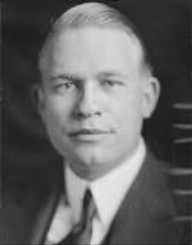 Martin Dies Jr. was born on November 5, 1901, in the area of Colorado City, Texas. His father, Martin Dies Sr, was a politician and member of the U. S. House of Representatives. His mother’s name was Olive Cline Blackshear. He spent his childhood in Texas and Washington, D. C.

Martin Dies Jr. attended the Cluster Springs Academy in Virginia and Wesley College in Greenville, Texas. He graduated from Beaumont High School and enrolled at the University of Texas. He received his law degree from the National University School of Law in Washington, D. C.

Martin Dies Jr. passed the bar exam in 1920 and started working as an attorney in Marshall, Texas. Two years later, he started working in his father’s law firm in Orange, Texas. He eventually became a district judge and began teaching law at the East Texas Law School. In 1931, he was elected to the U. S. House of Representatives, occupying the same position that his father held years ago.

In 1938, he became the head of the House Committee Investigating Un-American Activities. He was determined to fight against both the communist and the fascist forces that were involved in American politics.

Martin Dies Jr. liked to talk to reporters, and he was often featured in the media. In 1941, he ran for a position in the U. S. Senate, but he was defeated. That same year, he published an anti-communist book called The Trojan Horse in America. In 1944, he decided to resign from the House of Representatives. That same year, he was a delegate to the Texas Democratic State Convention.

He returned to Texas and joined the Lufkin law firm of Garrison, Collins, Dies, and Renfro. He returned to the House of Representatives in 1952, serving until 1959. In 1956, he signed the Southern Manifesto, a document that opposed the desegregation of schools. In 1957, he ran for a position in the U. S. Senate for the second time. He once again failed to be elected.

Martin Dies Jr. later returned to his law firm in Lufkin. In 1963, he published his memoir, titled The Story of Martin Dies. From 1964 to 1967, he wrote articles for American Opinion magazine.

Martin Dies Jr. died from a heart attack on November 14, 1972, in the town of Lufkin, Texas. He was 71 years old. His body was buried in a mausoleum at the Garden of Memories Cemetery.