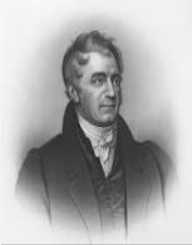 Éleuthère Irénée du Pont was a French scientist and businessman.

Both of his parents came from minor noble families. He spent most of his childhood on the family estate in north-central France. He had an older brother, Victor, who became a politician and businessman.

Du Pont initially took lessons from private tutors. He was a good student and had a great interest in chemistry and explosives. In 1785, he enrolled at the College Royal. After that, he was an apprentice to the famous chemist Antoine Lavoisier.

In 1789, Du Pont briefly worked for a gunpowder factory owned by the French government. In 1791, he and his father started publishing a Republican newspaper. Over the next few years, he was arrested several times for opposing the new government. In 1800, he fled France and moved to the United States with his entire family.

He soon noticed that Americans had a great need for gunpowder, but the one that they used was of low quality. He visited a few factories and saw that their production techniques were inferior to the ones he had learned in France. He decided to open a new factory, so he gathered several investors and bought some land in Delaware. He named his business E. I. du Pont and Company. He built a new factory and production began in 1804. The success of his business skyrocketed during the War of 1812.

Du Pont achieved great success around the country, with one of his customers being the former U. S. President Thomas Jefferson. He always made sure that his product was of the best quality and treated his workers well.

Du Pont died of a heart attack in Philadelphia on October 31, 1834. He was 63 years old. His remains were buried at the family property in Wilmington.

After du Pont’s death, his sons took over the gunpowder business. During the Civil War, the company was one of the biggest gunpowder suppliers. His grandson served as the head of the U. S. Gunpowder Trade Association. In the 20th century, the company expanded its production to synthetic paints, nylon, elastane, and many other materials.

It merged with the Dow Chemical Company and became one of the largest chemical businesses in the world. The du Pont family is one of the richest families in the United States, with a total fortune of about $15 billion.