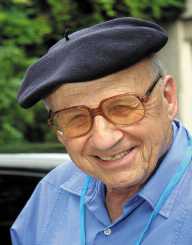 Walter Kohn was born on March 9th, in 1923. His place of birth was in Vienna, Austria. He was a famous theoretical chemist and a physicist who was bestowed with a Nobel Prize in 1998. He was given this award for the reasons that he brought to light the electronic properties that material do have. Density functional theory is something that was coined by him back in the day. Kohn passed away at the age of 93.

Walter Kohn was born on March 9th, 1923. His parents were Salomon Kohn and Gittel Kohn. During his childhood, sources claim that during this period Kohn and his family were under the control of Austrian Nazi administration. He went to a public school where he obtained his early elementary education. After this, he developed a special interest in Greek and Latin language while studying at the Akademische Gymnasium.

In 1938, Hitler’s administration added Austria to be part of its territories. This had major impacts on Kohn’s family as they were left devastated. They had nothing to depend on anymore as their business was taken away from them. In addition to this, Kohn had to discontinue learning from his school as he was expelled. This left him with no chance but to enroll in a Jewish school. Fortunately, his interest in science subjects began while studying here.

With time, Walter Kohn was lucky to find himself at the University of Toronto where he later graduated with a bachelor’s degree. He had majored in mathematics. He continued to pursue his higher education at the Harvard University. In 1948, he graduated with a Ph.D. in physics. At the Havard University, he was under Julian Schwinger as they tried their best to comprehend the three body scattering hitch. After this university, he went to Carnegie Mellon University for ten years, i.e., from 1950 to 1960. Here, he primarily focused on his current work at that time which was dealing with multiple-scattering band-structure. He also worked with Bell Labs which made him learn more about semiconductor physics.

In 1960, Kohn again moved to another university, University of California, San Diego where he worked as the chair of the physics department. He spent several years here from 1960 to 1979 after which he took another job opening at the Institute for Theoretical Physics located in Santa Barbara. Here, he was offered to take up the position of a Founding Director, something that he gladly accepted. Around this time, he also worked as a professor at the University of California. He taught physics.

During his career path, Walter Kohn got several awards including Oliver E. Buckley PrizeNobel which was as a result of his help in understanding semiconductor physics. In 1988, he was also bestowed with the National Medal of Science. A decade later, he was offered the highly coveted Nobel Prize award. This prize was for his contribution in chemistry as he led to the development of a theory known as a density-functional theory. Some institutions that recognized the difference that he made in the science field awarded him with honorary doctorate degrees including Harvard University and the University of Oxford.