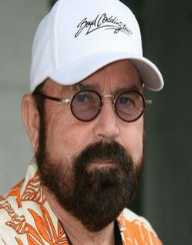 As a child, Boyd Coddington loved everything about cars and hot rods. He even got his first car when he was only 13 years old, even though he wouldn’t be legally old enough to drive for three more years. His lifelong love of cars encouraged him to go to trade school where he studied machining.

Once Boyd Coddington had finished trade school, he began working as a machinist at Disneyland to earn his main income, but what he loved to do was to work on cars in his free time. His skills in improving a car’s look was so well-known that it eventually became his main source of income.

In 1977, Boyd Coddington opened his first car shop called Hot Rods by Boyd. His shop was a hit. His style was loved in California, and many of his customers came to the shop not because they had an idea of their own for their car, but because they wanted Coddington’s unique ideas to improve their cars. In a way, it was like a person asking a tattoo artist for design instead of drawing one up themselves.

During the late 1970’s through mid-1980’s, Boyd Coddington and a fellow car enthusiast, John Buttera, worked together to create custom alloy wheels. Together, they worked to improve upon this work, which is called a billet. The look became Cottingham's signature style, which only brought in more customers. In 1988, he had to expand his business, founding Boyd’s Wheels, Inc. Here, he made wheels in his custom style. This too helped to improve his income.

As Coddington’s fame grew, other local machinists (and those who wanted to become machinists) asked to be trained by Coddington, which he agreed to do. Because of this, Coddington’s style was adapted and changed by other machinists.

American Hot Rod was a reality show which starred Boyd Coddington. The television series first aired on TLC (The Learning Channel) but was later aired on the Discovery Channel. It began in 2004 and ran for five seasons before ending in 2008, around the time of Coddington’s death. The show was filmed in the Boyd Coddington Hot Rod Shop.

The show revolved around Coddington’s business, but of course, it added some flair. Coddington’s shop was known for making cars look cooler. However, the show was able to draw in celebrity customers that had not been to the shop before, like Billy Gibbons. Each episode of the show lasted for an hour.

However, most episodes made an arch in which three or more episodes would be used to show the creation of one custom car. While on air, the show was a hit, however, those involved agreed that the show couldn’t go on without Coddington, which is why it ended.

All of Coddington’s awards and accomplishments have to do with his work on hot rods. Some of his most prestigious awards are listed below.

Boyd Coddington was first married to Peggy Jeanne King in 1965. This couple had one child together. A few short years later, they were divorced. He married for a second time to Diane Marie Ragone Elkins in 1971. This couple had three children together. However, they later divorced in 1996. Boyd Coddington married Jo Andenise Clausen McGee in 2002. The marriage ended with Coddington’s death.

Body Coddington died on February 27, 2008. His death was due to surgical complications.  He was 63 years old when he passed away.