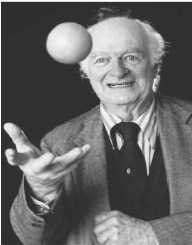 Linus Pauling is a two-time Nobel Prize (unshared) awardee. A feat achieved by no other human being. He was a great scientist, and a pioneer in the fields of quantum chemistry and molecular biology.

Pauling has been awarded the Nobel Prize in two different fields – one for Chemistry and another for peace activism.

It was Pauling who initially described electronegativity and gave us the famous “Pauling Scale.” His list of contributions in the field of Chemistry and Biology is a long one. That’s why, he is seen as one of the greatest scientists ever born, on this planet.

Linus Pauling’s birthplace is Portland, Oregon. The eldest child of Henry and Lucy Pauling, he was born on February 28, 1901. His parents named him Linus Carl.

Pauling’s parents struggled to make enough money, and moved to Salem, after his sister’s birth. He lost his father in 1910, to a perforated ulcer.

Pauling read a lot, and he got interested in Chemistry at an early age, after watching his friend’s lab experiments.

Being from a low-income family, he had to work different part-time jobs, both to make ends meet and to save for his college education. He worked as an apprentice machinist, and even at a grocery store.

Extraordinarily determined and hard-working, Linus Pauling had saved enough money for university education by 1917. He was accepted at the Oregon State University.

Linus Pauling made an enormous amount of contribution to Chemistry and Biochemistry, in his long career. The most actively worked on electronegativity, nature of the chemical bond, molecular genetics, and structure of the atom. He published over 1200 research papers, a remarkable feat for any scientist.

Linus Pauling was an avid researcher in the electronic structure of the atom. He did significant work in understanding the nature of the chemical bond. He developed the Pauling Scale, which is still used today by scientists all over the world.

He also invented the electron diffraction instrument. With it, he studied the use of electrons in diffraction. He supported the intake of dietary supplements, mainly vitamin C. He even wrote a book titled How to Live Longer and Feel Better on this subject.

Pauling published research work vigorously. Most of his papers deal with the electronic structure of atoms, chemical bond, molecular biology and quantum chemistry.

As a Peace Activist

Linus Pauling turned down an offer to work on the Manhattan project which led to the development of nuclear weapons.

He discouraged the destructive use of chemical knowledge and openly spoke about it. He signed the Russell-Einstein Manifesto that intended to end the use of nuclear weapons in warfare.

He was awarded two Nobel Prizes. One was for his contributions to Chemistry, and the other for his efforts towards nuclear disarmament. Till date, he is the only person to have received two undivided Nobel Prizes.

Pauling was the recipient of the Guggenheim Fellowship in 1926. He got the opportunity to study under Sommerfeld, Bohr, and Schrodinger – all giants in the field of Chemistry.

Other notable awards include the Langmuir Prize for his significant work in pure science and the International Lenin Peace Prize.

Linus Pauling died on August 19, 1994, in Big Sur, California at 93 years of age. The cause of death was prostate cancer.

Linus Pauling married Ava Helen Miller in 1923. She was one of his students in a Chemistry class he taught, while he was still in college.

Ava was a human rights activist, and in early years of their marriage, she worked as his lab assistant. The couple had a long committed marriage and were blessed with four children – three sons and a daughter.

Pauling’s contribution to Chemistry and Science make him a distinguished individual. He put his immense talent and knowledge into the betterment of society & humanity. No wonder, he is regarded as one of the greatest scientists to have ever walked the earth!