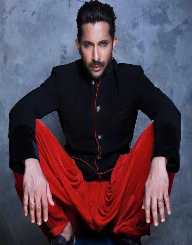 Terence Lewis was born 10th April 1975, to Xavier and Teresa Lewis. He was born in Mumbai, India, and is the youngest of eight children. Terence Lewis first started training in dance whilst attending St. Theresa’s Boys High School in Mumbai. He learned jazz and ballet.

He later studied microbiology at St. Xavier’s College in Mumbai but had to change to hotel management and psychology due to the financial commitments required. Later on, Terence Lewis studied dance at the Alvin Ailey American Dance Theater, and also the Martha Graham Center of Contemporary Dance in New York.

In 2007, Terence Lewis began to teach Bollywood and contemporary Indian dance, through his school, the Terence Lewis Contemporary Dance Company, based in Mumbai. As well as holding his dance workshops in India, he also regularly teaches around the world. Terence Lewis has been a judge on Dance India Dance for three seasons, between 2009 and 2012. He is very talented and highly sought after for his choreography skills. Lewis has worked on many movies, music videos, musicals, and stage productions. He has worked on over 25 movies to date.