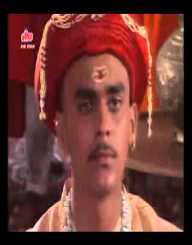 It is quite an unusual norm to find an individual who is more than willing to establish an imperium that stretches out to other sub-continents. But one man, Baji Rao I proved us wrong when his fame spread not only to the parts of India but worldwide. If you haven’t yet heard about him, it’s because he ruled the 18th-century world as a Peshwa-Prime Minister. From Delhi to Karnataka and Gujarat to Bihar, Baji Rao I was defined as second to none.

Baji Rao, I was known for his matchless distance and speed. Not to mention his well-vast inborn character allowed him to gauge the combatant weaknesses and strength. He had a great specialty when it came to leadership. At the end of it all, he achieved his best, all thanks to his head that planned of time and hand that knew how to execute.

On August 18, 1700, Bajirao or Bajirao Ballal was first seen in the world in an unknown place. But it is believed that he was born in India since he originated from a notable clan called Bhat Family. He was born to Balaji Viswanathan and Radhabai Peshwa. Bajirao loved to spend time with his younger brother, Chimnaji Appa. His prominent father acted as the first Prime Minister of Chhatrapati Shahu.

At his tender age, Bajirao accompanied his father wherever he went, especially during military campaigns. It was there that he got a chance to be trained under Maratha generals. Under his father’s teachings, Bajirao turned into a well notable individual in the society. He shared a close connection with his father to the point of spending two years in prison with him.

In 1720 Bajirao was devastated by his father’s death, and Chhatrapati Shahu appointed him as the reigning Peshwa. He was turned into a leader at only 20 years old. But he had a well-built physique that positioned him as a highly skilled warrior. His leadership made the Maratha people jealous since there was no proof that he could lead as his father did. After few months, Bajirao proved his society wrong when he started to showcase his leadership skills.

In 1723 Bajirao started to lead as a no-nonsense leader of the Maratha Empire. It was here that he conquered other parts of India such as Gujarat and Malwa. With progressing energy, he attacked the central part of India called Delhi.

Simultaneously the Maratha Empire was then moved to Satara in 1728. Shahu believed in Baji Rao I from the beginning to the end. He indeed played a significant role especially when he weakened Indian sub-continent.

For two decades, Baji Rao I achieved the unachievable by merely coming up with undefined projects. It was during his rule that Kingdom of Scandia’s was created followed by Pawars of Dh?r among others. He also participated in battles, all thanks to his father who implanted a die-hard soul in him. It reached a point where he defeated the one and only, Bangash Khan; commander of Mughal army.

Baji Rao I was highly known for his incredible skills that gave him a chance to win several battles. He will mostly be remembered for defeating Nizam-ul-Mulk, the founder of Hyderabad State in India.

When it comes to his personal life, Bajirao married Kashibai. He and his wife shared two sons: Raghunathrao and Nanasaheb. He later married Mastani, the only daughter of Maharaja Chhatrasal. Mastani was known as a noble and well-equipped woman who knew how to throw a spear as well as horse-riding. With all the right skills, Bajirao’s mother, Radhabai Barve hated the young girl to the core. She despised her religion since she was half-Muslim.

Not only did the relationship between the two cause havoc to the family, but also to the Hindu Pune Society. Nevertheless, Mastani was blessed with a son called Krishnarao. Hindu society changed the name of Bajirao child to Shamsher Bahadur, a true Muslim. On April 28, 1740, Bajirao breathed his last due to a short illness. It was later announced that he ended his own life, though his death remains a mystery to date. As Baji Rao I, he was known as a real legend that also inspired directors such as Leela Bhansali to release a movie called Bajirao Mastani in 2015.