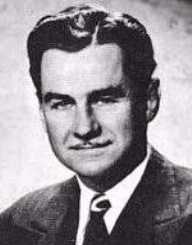 Lowell Thomas was a famous American broadcaster who popularized Lawrence of Arabia. Aside from his involvement on television, he is also an accomplished writer and an avid traveler.

Lowell Thomas married Frances Ryan on August 4, 1917. She was also an avid traveler and his companion for 58 years before her death in 1975. Their union brought forth a son named Lowell Thomas Jr. who later on became a TV and film producer then turned to politics as Alaska's State Senator. In 1927, Thomas was married a second time to Marianna Munn until his death on August 29, 1981, in his New York home at Pawling.

Lowell Jackson Thomas was the son of Harry and Harriet Thomas who worked as a doctor and a teacher respectively. He was born on April 6, 1892, in Darke County, Ohio and later relocated to Victor, Colorado in 1900 when he was 8.

The town of Victor was historically known for its mining industry, and Thomas found employment in the area serving as a gold miner for a time. He also worked as a reported in the local newspaper and a cook.

Lowell Thomas attended Victor High School and proceeded to enroll at Valparaiso University where he graduated with a degree in education and science. Thomas continued his studies at the University of Denver after which he began working as a writer in the Chicago Journal until 1914.

When World War I broke out, Thomas along with a few others were selected and assigned by then-president Woodrow Wilson to document the war in conflict. In reality, the actual reasoning for this assignment was to give the American citizens reason to support the war.

Around the time, Lowell Thomas along with cameraman Harry Chase toured and filmed various locations of what the war has done to a particular place. They proceeded to go to Palestine with Thomas having permission from the British Foreign Office and served as a war correspondent. It was here where he met British Army Captain T.E. Lawrence.

Lawrence provided information for Lowell Thomas regarding the war, and in exchange, he requested Thomas to interview Arab leaders as well. They spent a few weeks in Jerusalem’s desert, and Thomas was enamored of Lawrence draped in full Arab costume. This triggered the hype that swept the entire American nation.

The Lawrence of Arabia Hype

Upon returning to the United States, Lowell Thomas proceeded began to lecture the war dramatically on film, emphasizing Lawrence’s character. His relentless passion for Lawrence enamored the whole American nation and was even invited to England.

Lawrence, on the other hand, experienced public exposure that grew too uncomfortable for him to handle. His repeated request for Thomas to discontinue the patronization resulted in a strained relationship between them. In 1924, Thomas published his first book from the time he spent with Lawrence at the desert. It was the first of fifty-six volumes entitled Lawrence of Arabia and was released in 1924.

Thomas' Line of Work in the Media

Following his work on Lawrence of Arabia, Lowell Thomas worked as a news broadcaster for the CBS Radio in 1930. His work mostly involved him in the area of commentaries and the nightly news. He switched backed and forth between CBS Radio and the NBC Radio network before finally coming back to CBS.