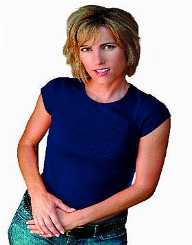 Laura Ingraham was born on June 19th, in 1963. She is famous for being an American radio host, conservative political commentator and an author. She is famously known for her The Laura Ingraham Show which is a nationally broadcasted talk show. She has also earned herself high acclaim for being an official guest host on The O'Reilly Factor. Besides, she works for ABC as a This Week’s contributor.

Laura Ingraham was born on June 19th, 1963. Her birthplace was in Glastonbury, Connecticut in the United States. She enrolled at Glastonbury High School where she graduated in 1981. Four years later, she completed her university education at Dartmouth College. She began taking editing tasks when she was still an undergraduate. During this time, she was the chief editor of The Dartmouth Review that was published twice in a week. Surprisingly, this earned her recognition as the first female editor of the paper. In 1991, she earned her doctorate from the University of Virginia School of Law.

Ingraham’s career took off on a high note immediately she completed her education. In the late 1980s, Laura earned a job at the Ronald Reagan’s administration. She was to offer her speech writing services for the Domestic Policy Advisor. Around the same period, she briefly worked as The Prospect’s editor.

About a decade later, Laura worked under Judge Ralph K. Winter, Jr. as his clerk. Things got better as she soon offered similar services to Clarence Thomas, a U.S. Supreme Court Justice. After that, she joined Skadden, Arps, Slate, Meagher & Flom law firm where she worked as an attorney. In 1995 she landed on The New York Times Magazine’s cover about her young conservatives story she had written about.

During the late 90s, Laura changed careers and went on to work as a commentator for the CBS TV network. She also offered her services by hosting Watch It!, an MSNBC program. Later, in 2008, Fox News Channel gave her a lifetime opportunity to host the new show called Just in.

Laura Ingraham earned critical acclaim through her radio show hosting services she frequently offered from time to time. In April 2001, her show called The Laura Ingraham Show was up and running. This show brought fame to her as it was broadcasted in 306 stations. Similarly, it was also aired on XM Satellite Radio. At first, it was broadcasted by Westwood One, but later, in 2004, it was syndicated by Talk Radio Network.

Rising her career ladder, by 2012, Ingraham was ranked among the five best radio hosts in America by notable magazines such as the Talkers Magazine. Later that year, she made it public that she was leaving Talk Radio Network. As a result, she did not renew her contract with the radio network.

Her career opened up, and Laura continued writing. Her previous publication came in mid-2011 with the title Of Thee I Zing. Earlier on, in 1997, she had written an essay that was published in The Washington Post. Here, she expressed her thoughts on why homosexuals should be protected in the society today. In 2000, The Hillary Trap, one of her books gained its first publication. At this time, she was still working with MSNBC as their talk show host. Her other famous writings include Shut Up & Sing – 2003, Power to the People – 2007 and The Obama Diaries – 2010.

Rumor has it that Ingraham had an affair with Robert Torricelli who was once a New Jersey Democratic Senator. In her quest for a long-term partner, she got engaged to Dinesh D’Souza, an Indian author. Nonetheless, the two never got married for undisclosed reasons. Recently in April 2005, she made it public that she had been engaged to James V. Reyers. The two were set to get married before Ingraham claimed that her marriage could not push through due to her breast cancer issues. During the same month, she underwent a breast cancer surgery.

Laura Ingraham has three kids that she has adopted including Nikolai Peter, Michael Dmitri, and Maria Caroline.