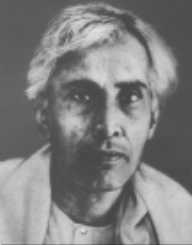 Sarat Chandra Chattopadhyay was an exceptional Bengali writer of the 20th century. His novels and short stories dealt with the experiences of himself and those of the common man. He raised many social issues in his books and gained immense popularity through his vibrant depiction of the real-life society.

One of his novels titled Devdas has a cult following of its own. Other significant works include Palli Samaj, Nishkriti, Grih data, Choritrohin and Sesher Parichay. His portrayal of the society was free from opinions, and he wrote extensively for the betterment of women. Most of his books have been turned into successful Bollywood movies. His memory lives through his remarkable creations.

Sarat Chandra Chattopadhyay came into this world on September 15, 1876. His star sign was Virgo, and his birthplace was Debanandapur, Bengal Presidency, India. Most of his childhood was spent in Bihar where his grandfather lived. He had four siblings.

Sarat Chandra Chattopadhyay grew up in a low-income family as his father Motilal didn’t have a regular job. He tried his hands at several positions but couldn’t stick to any – he dreamed of becoming a writer but didn’t put in the necessary efforts. His mother Bhuvanmohini did household chores in other houses to support the family. When Sarat was 19, his mother passed away.

Sarat Chandra Chattopadhyay went to primary school at the Pyari Pandit Pathshala and then enrolled at the Hooghly Branch High School. He had multiple interests but gave them up to support his family.

Even though Sarat Chandra Chattopadhyay's father was a wannabe writer who never accomplished anything himself, his writing talents passed on to Sarat. He started writing at an early age – Kashinath and Korel are two recognized works of this period.

To support his family, young Sarat started working at the Banali Estate in Bihar in 1900. He then became an assistant to the Settlement Officer in Santhal district.

But it was only after 1903, that Sarat Chandra Chattopadhyay secured a permanent job in Burma. He spent the next 13 years working for the Burma railway, before returning to Shibpur, West Bengal in 1916. During this time, he became well-known as a great writer.

Sarat Chandra Chattopadhyay's first story was Mandir that came out in 1903. He also became a regular contributor to the magazine Jamuna.
Most of Sarat Chandra’s works focus on the evils of the conventional social systems and about women empowerment. Some of his epic works are Devdas, Parineeta, Palli Samaj, and Biraj Bau.

Sarat Chandra Chattopadhyay was also the President of the Howrah branch of the Indian National Congress. His desire for independence was evident in his work Pather Debi in 1926. Many of his novels have been turned into Bollywood films.

Sarat Chandra won the Kuntalin Puraskar in 1904 for his novel Mandir. The University of Calcutta also awarded him the Jagattarini medial. He had an honorary doctorate from the University of Dhaka.

Sarat Chandra Chattopadhyay's first wife was Shanti Devi. They married in 1906 in Burma(Myanmar). He lost his wife and their infant son in 1908 due to the Great Plague.

Two years later, Sarat Chandra Chattopadhyay married again. This time to a teenage widow named Mokshada. He called her Hiranmoyee. She was uneducated, and Sarat taught her to read and write.

Chattopadhyay was interested in a variety of subjects and read about history, philosophy, psychology and was also fond of painting and singing.

Sarat Chandra Chattopadhyay was suffering from cancer of the liver. He died on January 16, 1938, in Kolkata. In his memory, an annual fair named Sarat Mela is organized in West Bengal every year in January.