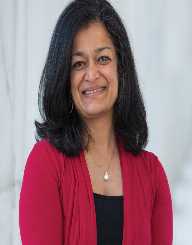 Pramila Jayapal was born on September 21, 1965. She is an American politician and activist. She is from the state of Washington. She currently is the United States Representative from Washington’s Seventh Congressional District. She is a Democrat. Pramila is the first Indian American woman to serve in the House of Representatives.

Pramila Jayapal was born on September 21, 1965, in Chennai in India. She was raised in Singapore and Indonesia. In 1982, she immigrated to the United States of America to attend college. She attended George Town University where she earned a Bachelor’s Degree. She later earned her MBA from North Western University. She then worked as a financial analyst for PaineWebber. While at PaineWebber, she used her financial knowledge to conduct development projects from Chicago to Thailand. In 1991, she started working in the public sector.

After the 9/11 attacks, Pramila Jayapal founded Hate Free Zone which is an advocacy group for people who emigrated from other countries. In 2008, the advocacy group changed its name to One America. In 2012, she stepped down as the leader of the group. The following year, the White House recognized her as a Champion of Change.

Pramila began her political career by serving on the Mayoral Advisory Committee. She was the Vice-chair of the Mayor’s Police Chief Search Committee for some time. In 2014, she was elected as a State Senator defeating Louis Watanabe who is also a Democrat. She later endorsed Senator Bernie Sanders for President of the United States in the Democratic Primaries.

In 2016, she was elected as the State Representative from Washington’s Seventh Congressional District. She co-chairs the United for Climate and Environmental Justice Task Force. She is a great supporter of Universal health care. She also sponsors the Expanded and Improved Medicare For All Act. In 2018, she joined the Justice Democrats. She has reported several times that she faces sexism from her colleagues in Congress. She is opposed to many of President Donald Trump’s views.

In 2000, Pramila Jayapal became a full United States Citizen. In the same year, her book ‘Pilgrimage: One Woman’s Return to a Changing India’ was published. She is married to Steve Williamson with whom she has one child. They live in Seattle. She is currently fifty three years old.